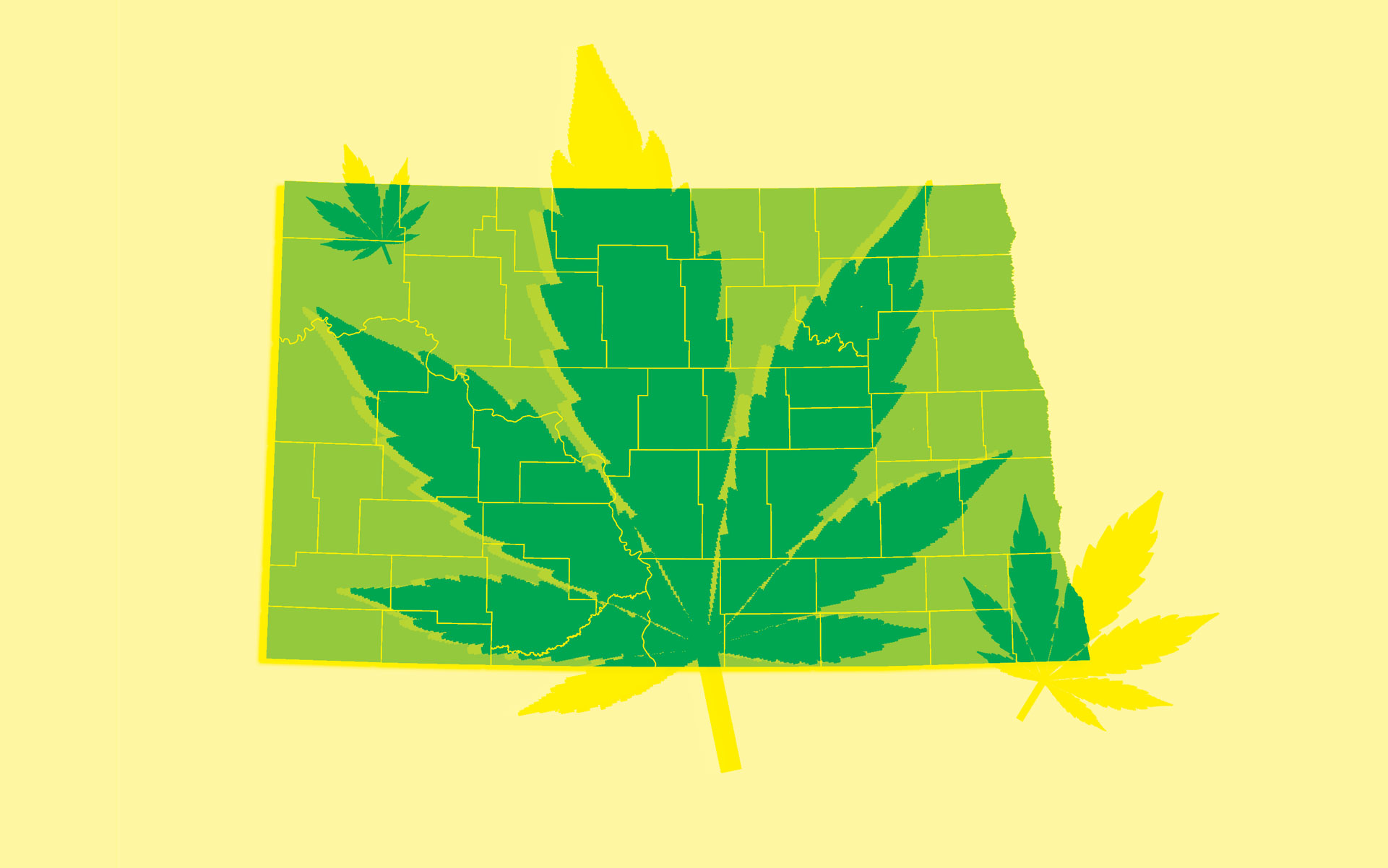 The announcement caps a hasty campaign led by New Approach North Dakota (New Approach ND) to place legalization on the 2022 ballot. Even though the group had less than three months to gather the necessary 16,000 signatures—2% of the state’s population—in July they submitted nearly 26,000. According to a press release from New Approach ND, state officials considered more than 23,000 of the signatures to be valid.

“We’re proud of our petitioners and volunteers across the entire state who worked diligently on this to ensure that the people of North Dakota will be allowed to vote on this important issue,” New Approach ND Chairman Dave Owen told Forum News Service.

What’s in the initiative?

If passed, the measure would do the following:

The measure does not require or facilitate the expungement of criminal records of non-violent offenders.

“North Dakota has long had one of the highest marijuana arrests rates in the nation, despite having among the lowest reported marijuana use of any state,” noted NORML Executive Director Erik Altieri in a press release sent earlier today. “Legalization will not only bring justice to thousands of North Dakotans, but it will also provide a new, booming industry that will help local businesses and the countless family farms in the state.”

If at first you don’t succeed…

The new measure reads very similar to a legalization measure that passed the North Dakota House of Representatives last year; that bill died in the state Senate.

North Dakota voted to legalize medical marijuana in 2016, but products did not become available for purchase until 2019.

This November, South Dakotans will similarly vote on adult use marijuana, while North Dakota’s neighbor to the west, Montana, legalized adult use in 2020.

Residents of Arkansas, Maryland, and Missouri will also vote on adult use legalization measures in November. Officials in Oklahoma continue to verify signatures for an adult-use measure there as well.