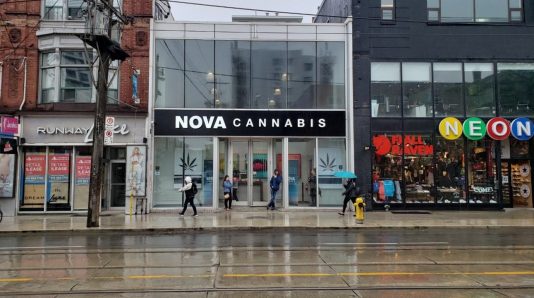 The performance of our Value Buds stores continues to outpace the growth of the industry as we reported record sales for the second quarter of 2022, underpinned by equally strong sales and gross margin growth that is driving greater operating leverage to the bottom line.

Delivering superior value to cannabis consumers will become increasingly important in the current economic environment, and Value Buds is purpose built for this. We will stay the course by being disciplined in how we expand our footprint, remaining customer focused and choosing the best real estate for our strategy, whether through acquiring stores or building our own.

Sales increased 90% compared to the second quarter of 2021, to $56.3 million from $29.7 million. The increase is primarily due to the twenty-nine (29) retail cannabis stores that were opened since March 31, 2021, and increased sales from stores that were re-branded to the Value Buds discount banner from “Nova Cannabis,” “YSS,” and “Sweet Tree” at various times throughout 2021.

Gross margin for the period was $10.6 million, up $5.4 million or 105.0%, from $5.2 million for the same period in the prior year.  The gross margin as a percent of sales was 18.8% for the period (Q2 2021 – 17.4%).  During the comparative period for 2021, the stores were operated under the Nova Cannabis, YSS and Sweet Tree banners with a different operating, pricing and margin strategy than in the second quarter of 2022 when sales came primarily from the stores converted to the Value Buds discount banner. During the current period, the Company revised prices at certain retail locations where the competitive response has waned which contributed to the increase in gross margin percentage.

Operating profit before depreciation, impairment and other costs

Operating profit excluding depreciation, impairment and other costs for the three months ended June 30, 2022 was $2.1 million (Q2 2021 – $2.5 million loss). The increased operating profit excluding depreciation, impairment and other costs is primarily a result of the increase in sales and gross margin, partially offset by an increase in selling and distribution expenses, and a decrease in administrative expenses, for the three months ended June 30, 2022. Administrative expenses in the comparative period included $0.5 million in share-based payment expense, $0.2 million in severance expense, and $0.3 million of legal and professional fees in transitionary costs incurred after the reverse takeover transaction of YSS Corp. Selling and distribution expenses in the current period increased by $2.0 million to $7.0 million in the current period from operating a larger number  of stores, however, the selling and distribution expenses as a percentage of sales decreased from 16.9% to 12.7% due to increased sales and cost efficiencies in the current period.

For the three months ended June 30, 2022, the Company recorded a net loss of $1.4 million (Q2 2021 – $7.0 million net loss). The reduction is primarily a result of the increase in sales and gross margin for the three months ended June 30, 2022.  Income taxes have not been recorded in either period as the Company incurred taxable losses for the current year to which deferred tax assets have not been recognized because it is not probable that sufficient taxable profits will be available against which the Company may use the benefits. Impairment of $0.9 million was recorded in the prior period for two (2) stores assumed as part of the reverse takeover transaction of YSS Corp. which the Company elected to close due to proximity to existing retail stores.

Nova has an uncommitted revolving credit facility with Sundial in an aggregate principal amount not to exceed $15 million (the “Credit Facility“).

As at August 11, 2022, $8.7 million in principal and accrued interest is outstanding on the Credit Facility.

Nova is very well positioned to capitalize on the growth that’s in the market while continuing to take market share. The Company will remain disciplined in how it operates to drive margin expansion and deliver greater operating leverage.

To access the live webcast of the call, please visit the following link:  https://services.choruscall.ca/links/novacannabis2022q2.html

For further information, refer to the Company’s interim financial statements and MD&A for the three and six months ended June 30, 2022, which are available from the Company’s profile on SEDAR, at www.sedar.com, or on the Company’s website at www.novacannabis.ca.