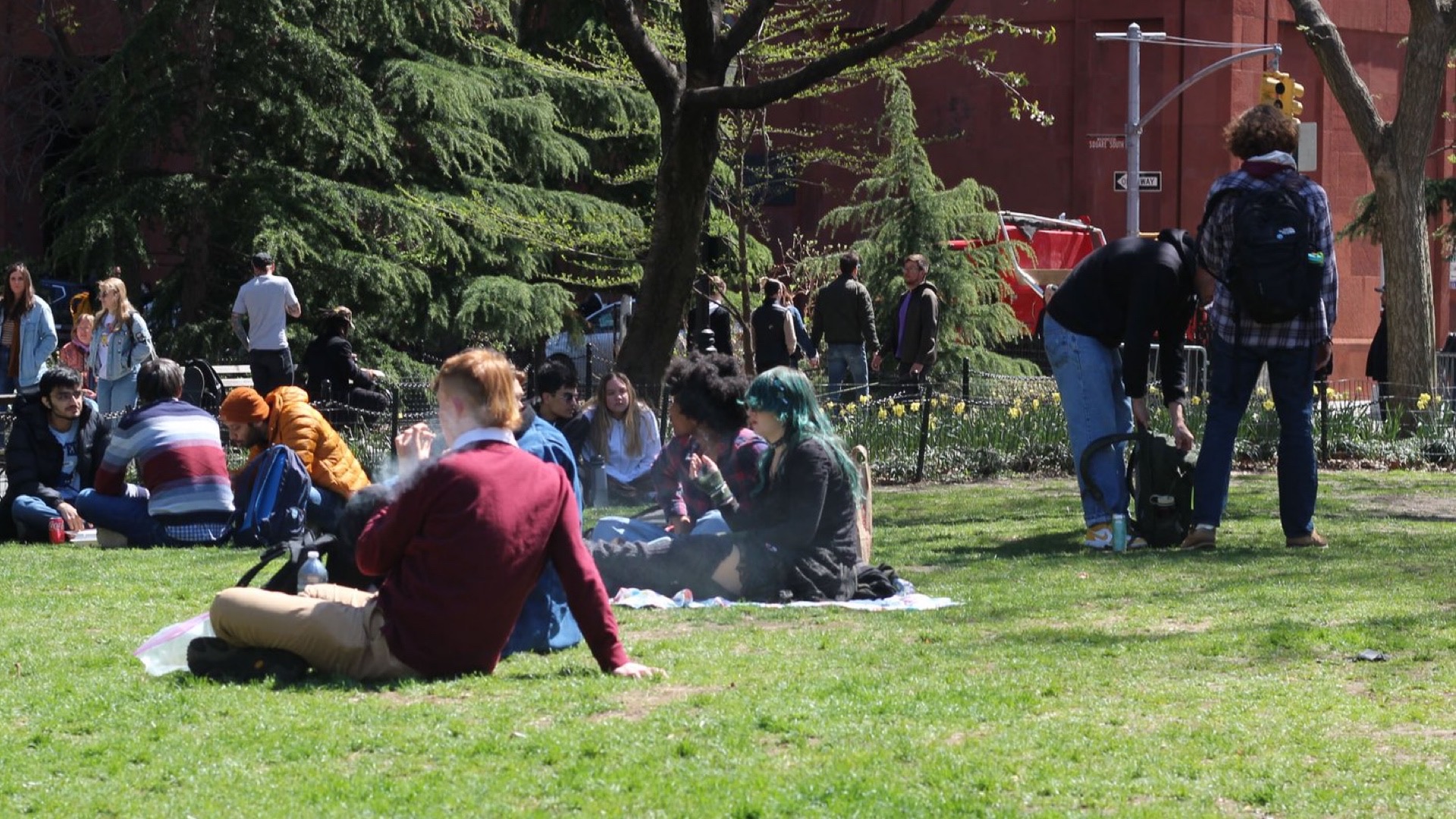 Looking to smoke up at your favorite New York park or beach? Sorry, friend, those days are over.

The cost of getting busted? A civil fine of $50.

Last year, then-Governor Andrew Cuomo (D) signed the Marihuana Regulation & Taxation Act (MRTA) into law. In a first for the US, the framework bill effectively legalized public consumption statewide. The new ban, however, takes the wind out of the sails of locals and tourists alike who have been stoked to take advantage of the lax policy.

“New Yorkers are confused and angry as many believed that once MRTA passed, they would be free to consume outside without any issues,” Grizzly Bocourt, the Executive Director of Cannaware and the founder of New York Cannabis United, told Leafly.

“I believe this debate won’t be settled until more is done to educate consumers on where smoking is prohibited and is permitted, [in order to] protect New Yorkers who don’t have access to private spaces,” Bocourt added.

Why does NY gotta harsh my mellow?

In a press release announcing the ban, Governor Hochul does not mention cannabis a single time. Instead, she emphasizes the health risks of secondhand smoke and the environmental impact of cigarette butts.

“Smoking is a dangerous habit that affects not only the smoker but everyone around them, including families and children enjoying our state’s great public places,” Governor Hochul says in the statement. “I’m proud to sign this legislation that will protect New Yorker’s health and help reduce litter in public parks and beaches across the state.”

The release points out that “cigarette butts are a major environmental hazard due to the non-biodegradable filters that are discarded.” It notes that they are the “leading item” found during cleanup projects.

It additionally notes that many municipalities already have a similar ban in effect: The new law streamlines that policy statewide.

The bill does include a few exceptions, however: The Adirondacks and Catskills regions remain kosher for public consumption, as well as “parking lots, sidewalks adjoining parks, and areas not used for park purposes.”

Come 2023, I guess, events like this year’s epic 4/20 smokeout in Washington Square Park (which Leafly’s own Mikhail Harrison documented this year) will have to take place on the sidewalks around the park.

Another twist on the road to NY’s legal market

The park and beach ban marks another twist in New York’s dramatic road to legal cannabis.

Most recently, the state’s Office of Cannabis Management sparked confusion and anger this summer when it sent cease-and-desist letters to dozens of the state’s gray-area stores. NYC Mayor Eric Adams (D) further complicated the matter when he told residents to not sweat it.

And although many advocates have applauded the state’s plan to allocate $200 million to help marginalized entrepreneurs with the real estate costs of launching legal pot shops, others wish the money was used differently.

On a final note: While the new ban certainly puts a wrench in consumers’ dreams of enjoying cannabis all across the state, New York’s policy still remains one of the country’s chillest.

The state’s first legal stores are expected to open later this year. Hopefully public consumption lounges won’t be far behind.

In the meantime, New York residents and visitors, enjoy hitting your blunt on the sidewalk next to your favorite park.