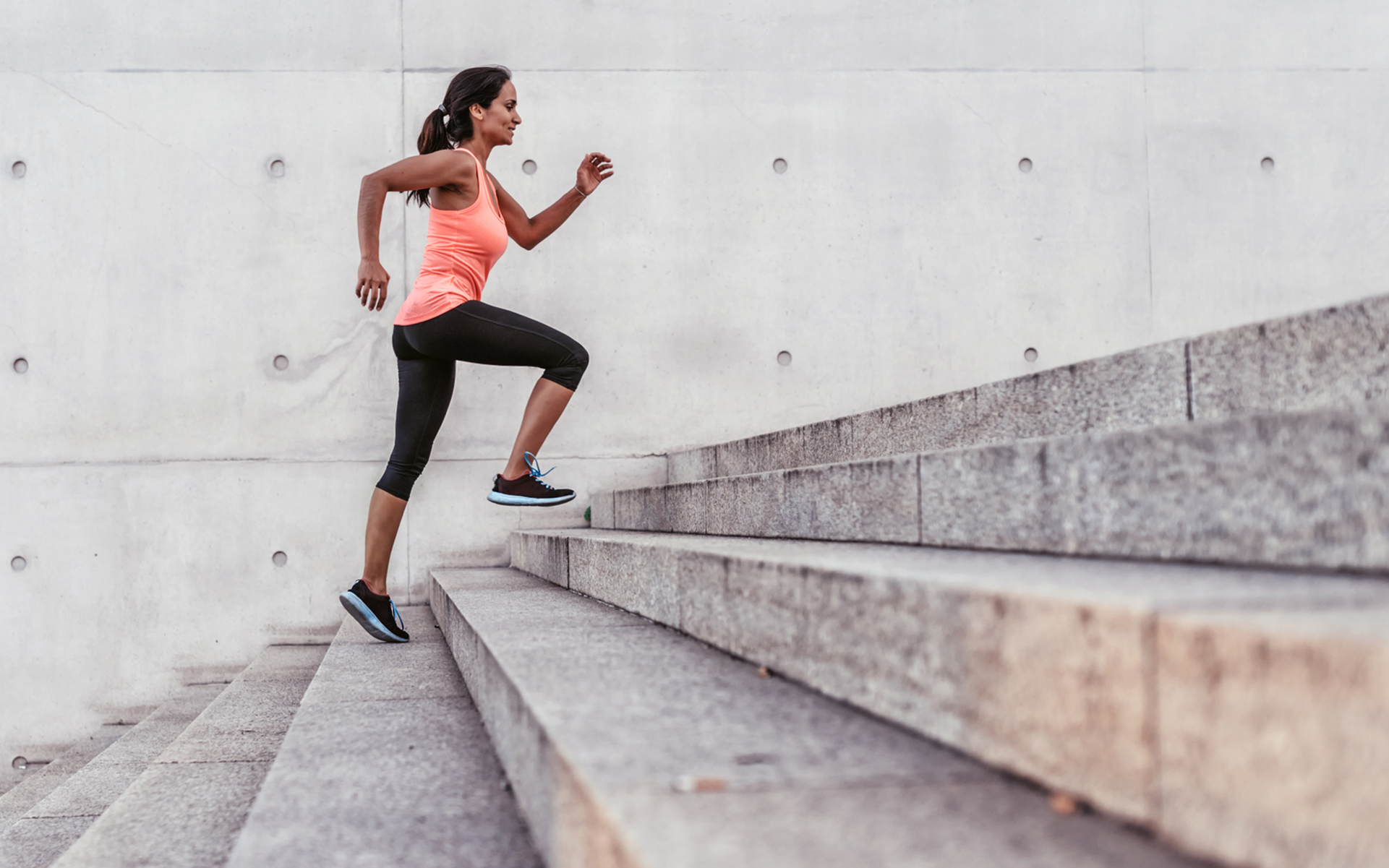 The recent surge of athletes into the cannabis industry is breathtaking considering past stigmas about weed in sports.

Legendary high performers like champion bodybuilder Arnold Schwarzenegger, record-setting swimming olympian Michael Phelps, and NBA scoring leader Kareem Abdul-Jabbar tore down myths about lazy and low-performing pot heads with their excellence. But even they faced scrutiny for using an illegal substance that was speculated to promote “losing habits.”

Prohibition and stigmatization have also stalled research on the plant’s true impact on mental and physical performance.

That’s why Colorado University researchers are saying their new study on how pot impacts athletes is the “first of its kind.”

“To date, there are no human studies on the effects of legal market cannabis on the experience of exercise,” asserts Laurel Gibson, who is expected to receive a PhD from the University of Colorado Boulder in 2023.

Gibson’s new SPACE study (Study on Physical Activity and Cannabis Effects) will change that by compensating volunteers who share how weed affects their workouts.

These blessed and highly favored participants (men ages 21-40, women ages 21-50) must already be experienced with using cannabis and exercising simultaneously.

The volunteers will have three meetings with the research staff: the first will include a survey and some time on the treadmill, and the second and third sessions will encompass precisely 30 minutes on the treadmill, coupled with questionnaires.

In advance of a meeting, each volunteer will use cannabis at home, but not on the college campus due to federal law. The study is ongoing, but the highly-anticipated results could be game-changing.

Putting the pot in PhD

Gibson wants to know why more and more athletes, both amateur and professional, are bringing cannabis into play.

Ultramarathoner and SPACE participant Heather Mashhoodi sometimes covers over 100 miles per week while training. She told CU’s Boulder Today that podcasts, audio books, and “the beauty of nature” usually keep her motivated, but when her will to continue wanes mid-run, she sometimes pops half of a marijuana-infused gummy.

The CU study hopes to explore how athletes like Mashhoodi utilize cannabis concurrently with exercise. This includes how it aids in recovery, how it contributes to enjoying workouts, and even how it may increase motivation.

Over two and a half years ago, CU professor Angela Bryan and colleagues surveyed hundreds of cannabis consumers in five states.

More than 80% shared that they used cannabis close to the time they exercised, whether before or shortly later on, and out of that specific group, “70% said it increased enjoyment of exercise, 78% said it boosted recovery, and 52% said it heightened motivation,” according to a press release.

Gibson plans to probe those results further with her SPACE study.

This survey and study, along with the advocacy of pro stars like Ricky Williams and Kevin Durant, have gone a long way in killing the myth that potheads are goof-offs or slouches when it’s time to perform.

But will new studies like Gibson’s prove that cannabis is influencing positive outcomes for both amateurs and pros?

Since the study is still in progress, we can’t confirm much beyond anecdotes from high performers like Clifford Robinson and Stephen Jackson, both of whom admitted to consumption before playing NBA games to mixed results.

“I just gotta be real,” said Jackson in a 2017 interview with the “I Am Rapaport: Stereo Podcast.”

“You know, it’s been a couple games where I smoked before games and had great games,” Jackson, the host of the 420-themed “All The Smoke” podcast, recalled three years before the league discontinued THC testing. “And it’s been some games where I smoked before the game and was on the bench after three minutes sitting on the sideline, [thinking] ‘Please calm down. This high has to calm down’—I done shot three shots that went over the backboard.”

NBA champion Dwyane Wade is the latest aiming to fight the stigma while scoring off the green rush, with a limited line of strains released in partnership with bud giant Jeeter. With that much star power in the field, it’s no wonder more and more spectators and amateur are including weed in their sports experience.

Taking our understanding of ‘runner’s high’ to new heights

The bliss felt by pro and amateur long-distance runners has long been credited to the effect of the biochemical known as endorphins. But after a 2015 study connected the euphoric feeling to the endocannabinoid system by studying the brains of mice on running wheels, more questions are being raised about the true chemical cause of the runner’s high phenomenon.

The above study stated, “A runner’s high is a subjective sense of well-being some humans experience after prolonged exercise. For decades, it was hypothesized that exercise-induced endorphin release was solely responsible for a runner’s high. But recent evidence has suggested that endocannabinoids may also play a role.”

“[The research] observed that endorphins can’t pass through the blood-brain barrier,” said Johannes Fuss of the University Medical Center Hamburg-Eppendorf.

That discovery turned researchers’ attention to anandamide, a lipid-soluble endocannabinoid that also appears at high levels in the blood of runners. Since anandamide can travel from the blood into the brain, it could be the more likely trigger for a runner’s high.

“Yet no one [has] investigated the effects of endocannabinoids on behavior after running,” Fuss lamented in a 2015 interview with Scientific American following his team’s survey.

Thankfully, Gibson at Colorado University is picking up the torch and running with it.

What is an endocannabinoid?

The short answer is it’s an endogenous cannabinoid, which is a part of your body’s endocannabinoid system.

Basically, your endocannabinoid system sends messages to neurons all over your nervous system. These messages influence the brain areas associated with coordination, focus, gratification, movement, sensory perception, and more.

Studies have long shown that brain chemicals like anandamide and other cannabinoids likely influence the mental phenomenon commonly known as runner’s high. But there is still limited research linking cannabinoids to these and other positive mental and physical sensations that many athletes report feeling during physical activity.

It’s easy to speculate that THC’s close relation with its fellow cannabinoids allows it to collaborate with the brain’s natural chemicals to trigger receptors in the aforementioned neural zones, influencing enjoyment, motivation, and more during exercise. But it will take more studies, potentially like Gibson’s, to bring full clarity to the topic.

Will lighting up before a workout increase your speed or strength? No, it’s not a given.

Still, the World Anti-Doping Agency has stood by its decision to ban cannabis for competitors like Sha’Carri Richardson after the rising star was unable to participate in the 2021 Tokyo Olympics because of a positive test.

But anti-dopers need look no further than the US National Library of Medicine’s research for confirmation that the plant is “not a performance-enhancing drug” in the vein of anabolic steroids. The CU study could reveal even more definite evidence that Richardson and other athletes should not be penalized for consuming cannabis.

“When I use cannabis and run, I get to feel that at a little less intense mileage,” 31-year-old Mashhoodi explained after participating in the CU study. “When I run for a really long time, this thing naturally kicks in and it makes the colors brighter and makes my thoughts clearer and makes me more emotionally in tune.”

Mashhoodi believes that weed might enhance or give a head start on that “good feeling” athletes associate with working out. But as far as performance enhancement, the positive feelings some athletes report after cannabis use does not lead to unnatural recovery rates.

Unnatural recovery is the key feature that gives steroid users an unfair advantage over the competition. While weed won’t allow you to recover and train at unnatural rates, it has been shown to be a far less harmful pain reliever and anti-inflammatory solution than many of the pharmaceutical options that are often pushed on athletes.

It’s still too early for scientists to answer the burning question: ‘Is getting baked really a good way to warm up before you workout?’

But Colorado-based author and journalist Josiah Hesse, author of Runner’s High: How a movement of cannabis-fueled athletes is changing the science of sports, felt confident enough to write a 300-page book on the subject after his experience.

“When I first started running, I couldn’t run a single block. It hurt and my lungs burned,” Hesse stated. But after he took a cannabis-infused edible before a work out, it was a whole new ball game for him. “Running up a hill became an easy, playful experience,” he recalls.

There are still many more studies like Gibson’s SPACE needed before we can make any solid conclusions. But doubters like ESPN pundit Stephen A. Smith, who have long associated marijuana use with laziness, poor judgement, and low achievement, may soon have to change their tune.

Smith could be forced to retire his famous “Stay off the weed” catchphrase, which he’s often used to ridicule NFL and NBA pros busted under their leagues’ outdated THC testing policies.

Thankfully, the major leagues are slowly getting with the program. The NFL no longer tests for THC during its off-season (which starts on 4/20), and the NBA unofficially stopped testing in 2020 and has yet to resume.