Shaleen Title speaks on confidence, the drug policy movement, and her journey in the cannabis industry - Read of Green 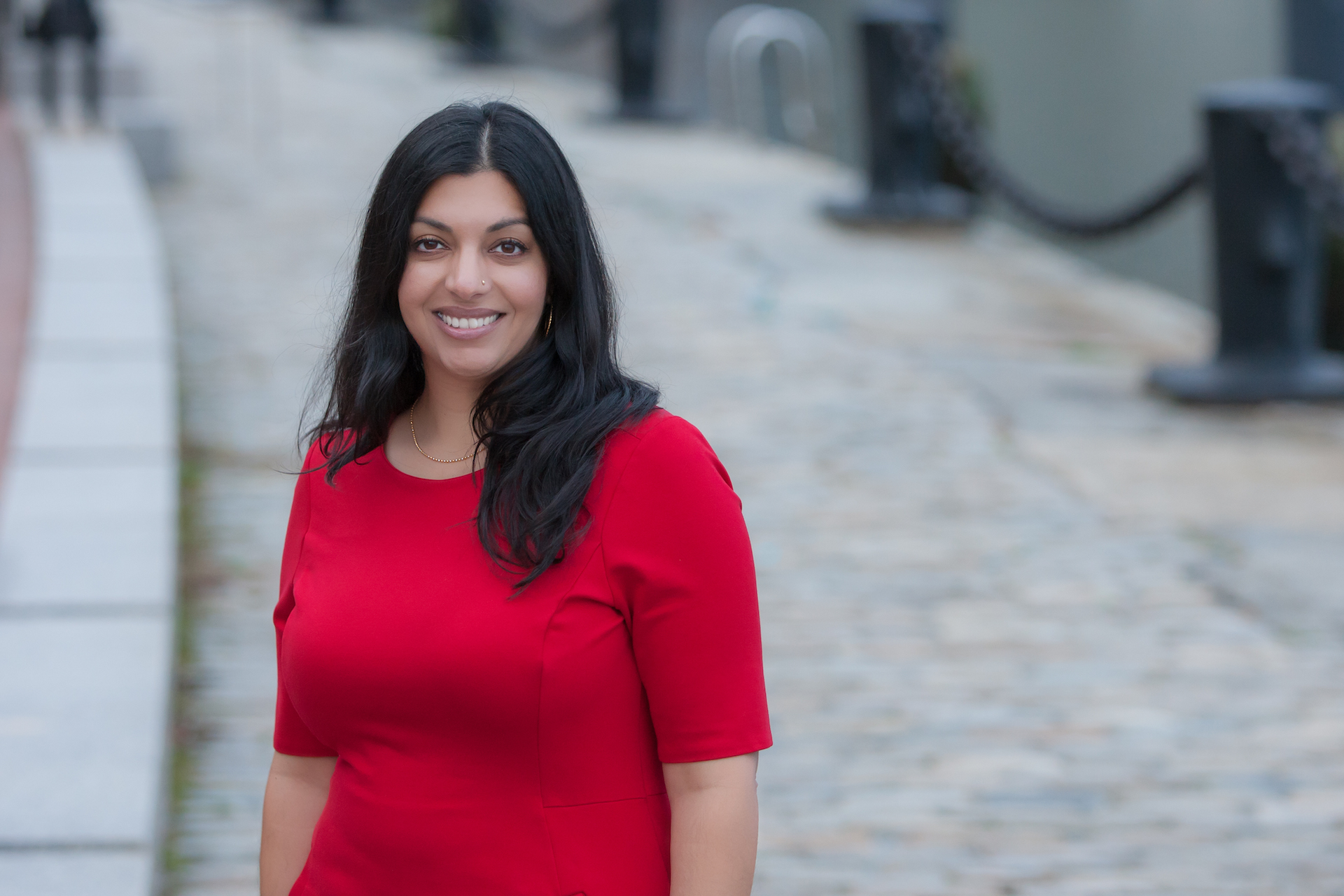 Shaleen Title is a mother, a proud member of the Indian-American community, a die-hard Brownie Mary fan, and a former commissioner on the Massachusetts Cannabis Control Commission.

“Having been there and done it first so that there’s something to look at, there’s someone to talk to, I think I did end up serving in that role many times and it’s kind of been my calling.”

Our conversation occurred before she published her latest paper, Fair and Square: How to Effectively Incorporate Social Equity Into Cannabis Laws and Regulations, but after she started building momentum with her latest project as Distinguished Cannabis Policy Practitioner in Residence at Drug Enforcement and Policy Center at The Ohio State University’s Moritz College of Law.

With decades of dedication to improving drug policy, Shaleen’s dynamic decision-making and resolute attitude have opened up doors that barely had hinges when she entered into the space.

Thus, she needs very little else introduction, and we present Shaleen Title in all her glory —and with limited interruption—as she puts her story on the record.

How Shaleen got her start

“I started in the early 2000’s, so just over 20 years ago when I was in college and I was interested in a lot of different types of progressive reform and movements. The drug policy movement, in particular, was so welcoming, in particular to young people and not dismissive of young people in any way, and I try so hard to preserve this. It was really respecting the leadership that young people have.

So that’s how I got involved and in terms of cannabis, there was no profit motive whatsoever at that point. So if you were really interested in it, that was the only reason that you would have to be doing it.

I was working on drug policy efforts while I was in school, throughout law school. And then when I graduated, I briefly tried to do tax work, but it was not for me. After about six months, I joined the drug policy movement full-time with law enforcement action partnership where I was working with law enforcement who were for legalization and kind of helping them to tell their story and helping to build coalitions. It was a really good way to learn both training and narratives, and also how to work with people who are very different from yourself.

I was there when I got a feeling that the Colorado campaign was going to win, and we were going to legalize marijuana for the first time, so I cold-called the activists there. I asked if I could come and work for them and they were like, “By all means,” so I just packed a suitcase and I moved to Denver for almost a year, I think. While I was there, I worked on the campaign and then I also learned about the practice of marijuana business law, but it was very different.

This was like 2012 and the clients were pioneers, people who were intentionally breaking federal law and taking a lot of risks. I love(d) my clients. After we won the campaign, I came back here to Massachusetts and I opened a law firm brand. At that time, it was the first office I had opened outside of Massachusetts, and I just found that I was feeling very uncomfortable with the direction that it was going and the clients that could kind of afford to be represented, and the businesses that were thriving under the model.

“I picture myself as holding this big weed whacker just through sheer will and determination, just cutting down a path and going down it so that other people can go down it as well.”

So I decided to try really hard to make sure that the Massachusetts law, when it passed, would be very different in terms of taking those things into account and not just focusing on criminal justice reform like we had all of these years, but also economic justice.

And of course, we didn’t know back then what it looked like, but we were trying to start building that some years in advance. Then I had my son who’s now about to turn eight, and then I worked on recruiting for a while because I think recruiting was a more solid concrete way to get people who wanted to be in the industry and without having to go through this impossible process of getting a license.

I learned from that experience how to be an ancillary entrepreneur, met a lot of friends that way. And I was doing that when I got invited to apply to be an inaugural commissioner in Massachusetts after the adult-use law passed here.

So I spent the past three years doing that and definitely changed my life in a lot of ways. And when my term ended at the end of last year and I got to go back to being a normal civilian, it’s been very, very freeing and I’m feeling like this enormous gratitude and duty to give back after having all that very serious experience.”

What Shaleen is doing now

“I’m doing a fellowship at the Ohio State University Drug Enforcement and Policy Center at the law school, trying to put everything that I learned as a commissioner down on paper for new regulators. And then in a similar vein, a bunch of us who are cannabis regulators of color formed a coalition to help each other and especially the newer regulators so they don’t have to reinvent the wheel.

Then I formed a think tank called Parabola Center with a longtime collaborator of mine, Richard Luang, and the purpose of it is to represent people back going full circle to when I started in the movement when it was all about people, consumers, workers.

Everybody bought big corporations and now it’s really hard to find that voice so I wanted to go back to doing that.”

What the cannabis regulator has learned from state cannabis roll-outs

“What I’ve learned seeing state programs roll out over and over consistently is that it’s the marginalized people who get told, ‘Just wait, we’ll deal with your issues later,’ and they always get forgotten and left behind unless they insist otherwise. And so if we do that now at the federal level, it will be irreversible.”

“I think we need to understand that there’s a difference between protecting people and people’s rights to use cannabis and people’s freedom and protecting corporate profits, which we can wait to do that.

We should be in no rush to allow companies to grow, consolidate, sell over state lines. We need to do that part intentionally, but we can free people and we can allow people to grow at home and use the plant tomorrow. So we should make sure not to tie those things together in a way that doesn’t make sense.”

“I think the West Coast is dealing with very different sets of problems even though, of course, there are common themes of systemic racism and barriers. But let me put it in terms of the East Coast.

So in the East Coast, when I became a commissioner, there were less than 40 medical dispensaries operating throughout the whole state. It was very clear that we were starting from scratch, we were regulating heavily, and we definitely have a population that uses cannabis at a high rate.

The culture here is different, cannabis is just not accepted the way that it is on the West Coast and that leads to stigma that hurts both people’s freedom and how difficult it is to open a business. Those issues, they snowball on the East Coast.

So for example, in Massachusetts, we have no protection for employees who legally use cannabis as an adult, they can still be fired. And I think that the newer states are also facing an organized lobby of well-resourced corporations seeking to dominate the market that the West Coast didn’t necessarily have almost a decade ago.”

On being a confident cannabis pioneer

“I picture myself as holding this big weed whacker just through sheer will and determination, just cutting down a path and going down it so that other people can go down it as well.

They will often go down it much better than I did because they’re more talented, they’re more sensible they have more lived experience, but I can be helpful by having that confidence to do it first or just being there and being old enough or experienced enough to do it first.

There’s a lot of examples of that in my life starting from when I started, there were very rarely any women or any people of color in the room where people were making decisions and it wasn’t an intentional decision to exclude people, it’s just that’s kind of how it in the ’90s and the early 2000s.

I always kind of had this attitude because back then people wouldn’t even think that you needed to pay attention to something like that, but my attitude was always that I was as smart as anybody in the room and you should just let me in and let me help you make decisions. And like I said, they were very respectful of youth in this movement.

So all the way from doing that and then the first recruiting firm, and the first multi-state law firm, to being the first inaugural commissioner, the only person of color on the commission. Now, I think it would be unheard of to create a cannabis commission where you only have one person of color and you have no black or Latinx representation.

Just having been there and done it first so that there’s something to look at, there’s someone to talk to, I think I did end up serving in that role many times and it’s kind of been my calling.”

“I try to differentiate between black and Latinx and indigenous people who have been directly targeted by drug laws because I think that the understanding that members of that community can bring to the laws is much more holistic than what everyone else can bring and I think that makes for better policy.

But in general, women of color, are excluded from leadership positions, and so I think what we can do as a group (along with other underrepresented groups) is take the opportunity to create a regulatory structure from scratch (which we’re doing now in a completely modern way) and show what it looks like when you have government that is not only led by leaders who are representative, but also very much with the robust input of the community and accountability from the community that you’re governing because other areas are not really like that.

I think it can be a lot bigger than marijuana when we have a modern model for governance that you can create from scratch. You don’t get that opportunity very often.”

Be confident that you’ll hear more from Shaleen Title as the cannabis industry continues to grow. Until then, read her articles on Leafly or follow her on Twitter.