Smoking vs. vaping weed: Are they really all that different? - Read of Green 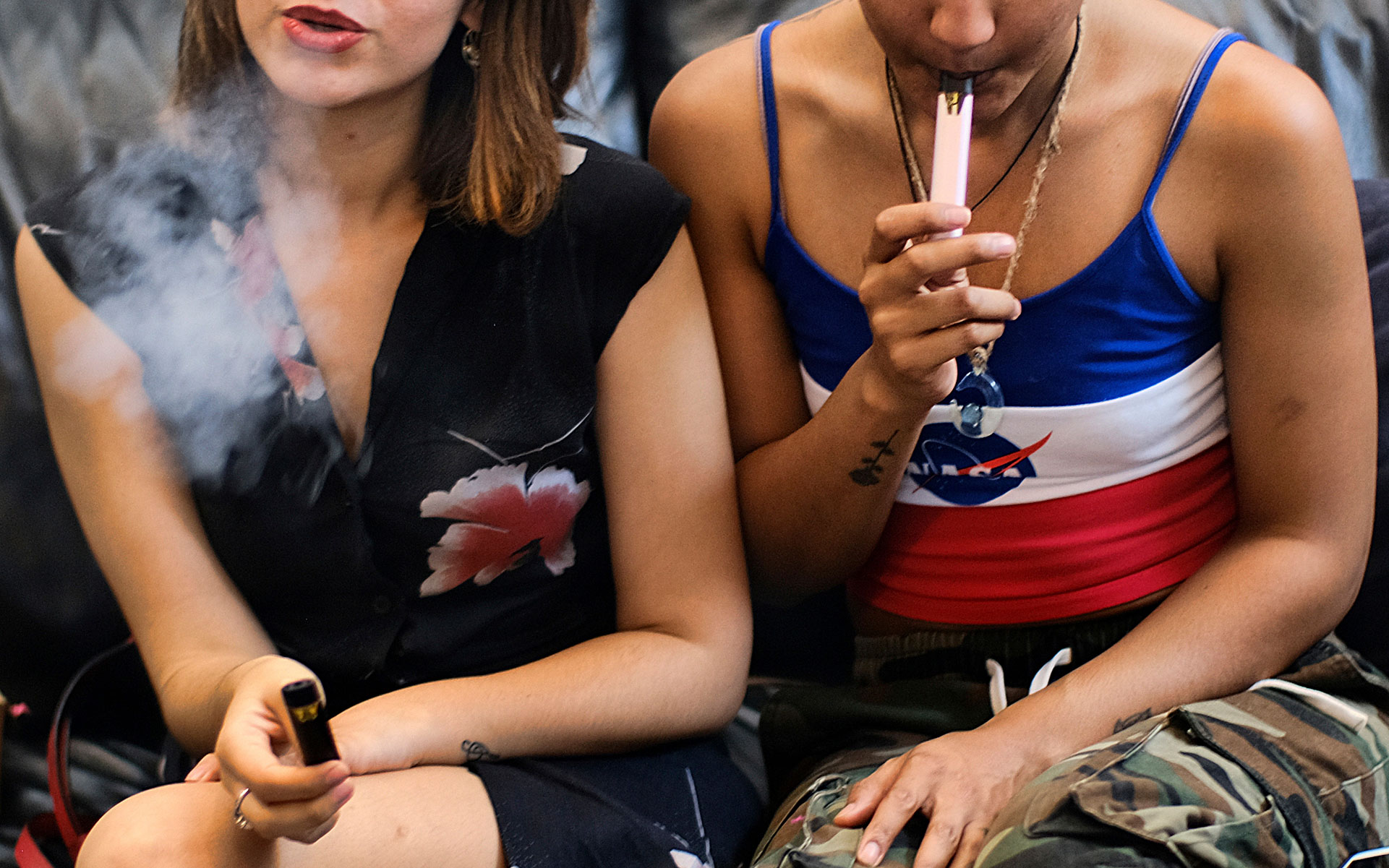 Electronic vaporization of cannabis was supposed to be the safer alternative to smoking. After all, users still get all the benefits of the cannabinoids and terpenes without inhaling combusted products like carbon monoxide, plant matter particulates, or the over 100 toxins that are released when flower is burned.

However, a few years ago, an outbreak lung illness, most of which were tied to the vaporization of illegal THC-containing oils, challenged this illusion of safety. Vitamin E acetate, a cheap thickening additive for diluting oils was deemed the culprit and quickly removed from products, yet its prevalence may persist in illicit oils and vape pens.

Even though the rates of these electronic vaporization associated lung illnesses (EVALIs) have been falling drastically since their peak in September 2019, safety concerns around cannabis vaporization are still present in peer reviewed scientific reports and in popular media sources. While much has been written about the pros and cons of vaping compared to smoking cannabis, it’s important to re-address the topic in the post-vitamin E acetate era to draw comparisons.

Vape pen lung injury: Here’s what you need to know

The increased popularity of vaping cannabis is believed to be tied to legal access. Yet vaping is rarely the sole mode of cannabis consumption: 13% who vape cannabis only vape. People often choose to vape cannabis over smoking flower because of its convenience, discretion, and efficiency; there are times when one just doesn’t want their space to smell like weed.

Vaping is also deemed to be the safer option since heating the liquid rarely surpasses 400°F, whereas combusting flower approaches 500°F, thereby reducing the amount of harmful gases and toxins that are inhaled.

Furthermore, for those seeking specific and repeatable effects, the cannabinoid (e.g., THC or CBD) and terpene composition of vape carts can be consistently reproduced.

Also, the oils can be optimized for a particular therapeutic need or recreational desire through the addition of cannabinoids and terpenes at levels that are impossible to achieve with traditional grow methods and the limitations of a strain’s genetics. Notably, the science behind what represents a therapeutically-optimized composition remains mostly theoretical.

What is a cannabis vape cartridge?

Is vaping safer than smoking?

There aren’t any studies within the last couple years that directly compare the safety of smoking and vaping cannabis in a controlled and randomized manner (a standard methodological model for drawing causative conclusions).

Nonetheless, the perception that vaping doesn’t harm the lungs is likely wrong. A 2020 study of 2,553 young adults found that cannabis vaping at any point was associated with increased risk for bronchitic symptoms, such as shortness of breath. This outcome persisted even after adjusting for nicotine vaping and smoking cannabis or tobacco.

Vaping at least 3 times in the last month doubled the risk for experiencing wheezing, which is a short whistle or rattle when one breathes due to a partially blocked airway. However, given the proximity to the vitamin E acetate era, it’s impossible to rule out impacts that possible previous exposure to vitamin E may have on the lungs.

Studies of e-cigarettes have clearly demonstrated a link with adverse effects on the lungs and airway. But inflammation in the airway can be triggered by the vape liquid itself, even in the absence of nicotine, suggesting that some of these effects may carry over to vaporization of cannabinoids.

The anti-inflammatory properties of THC and CBD, especially in combination, may counter some of these inflammatory effects of vaporization, but irritation of the airway is commonly reported from vaporizing cannabis, suggesting that there will still be some inflammation.

Do vaping and smoking have different effects?

There’s a fair amount of variability in the outcomes of studies that compare smoking and vaping cannabis, highlighting the challenges in studying these routes of consumption in people. For instance, history and frequency of use, as well as natural puffing patterns, vary a lot across individuals and can impact how much of the cannabinoids make their way into the body and how long they remain.

In one study, when inhalation amount was tightly regulated, there were no clear differences in THC or other cannabinoids collected in blood between the two methods.

However, in one study of infrequent cannabis users (i.e., no use in the last 30 days), vaporization led to higher amounts of THC in the blood and more impairment across several cognitive, visual, subjective measures, when compared to smoking.

Similarly, a separate study investigated how smoking versus vaping impacted appetite- and metabolism-related hormones after eating a standard breakfast. While both smoking and vaping cannabis blunted insulin levels, smoking cannabis led to a stronger reduction in insulin 15 minutes after use.

This reduction in insulin may partially explain the low rates of type II diabetes among regular cannabis users, a disease that stems from excessive insulin release that eventually leads to insulin resistance.

Which is better? Smoking or vaping?

The EVALI scare in 2019 tainted the safety reputation of vape devices in the minds of the public, the media, and the research community. These reports of the harm caused by cannabis vaporization can contribute to “white hat bias”–when people misrepresent information, often unintentionally, to match societal expectation or one’s personal feelings toward an industry.

In this case, the historic illegality and ingrained societal beliefs about the harmful effects of cannabis may have led to the idea that vaping cannabis is just as harmful, if not worse than smoking flower.

Some may report their subjective experiences to be in line with these beliefs despite a dearth of evidence indicating increased harm from vaping. Yet even though most devices no longer contain the overtly harmful additives that contributed to hospitalizations and deaths during the EVALI outbreak, illicit and non-approved devices and vape oils continue to circulate.

Acutely, there are no clear differences in the effects produced by smoking versus vaping, or on cannabinoid concentrations in the body. But differences in puff patterns between smoking a bowl versus hitting a vape pen may lead to different impacts on the brain and body. In the end, as with most cannabis products, knowing what’s in them, the reputation of the source, and regulating intake are primary factors for safe and effective use.