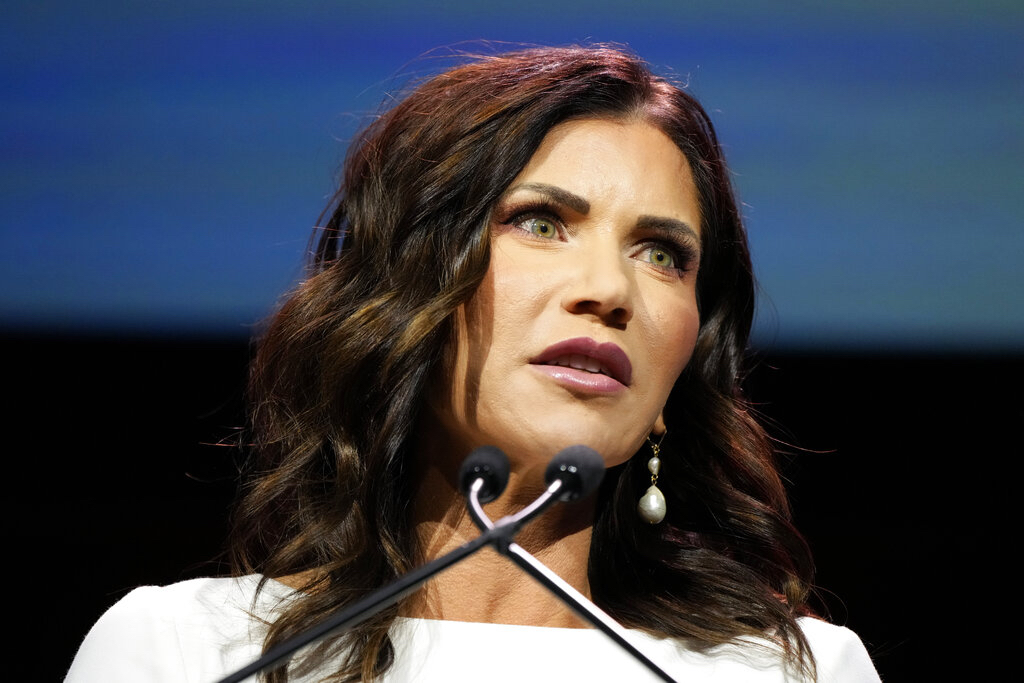 SIOUX FALLS, S.D. (AP) — The South Dakota Supreme Court on Wednesday upheld a lower court’s ruling that nullified a voter-passed amendment to the state constitution that would have legalized recreational marijuana use.

Gov. Kristi Noem praised the decision, which she pushed for.

Gov. Kristi Noem instigated the legal fight to strike down the amendment passed by voters in November. Though the Republican governor opposed marijuana legalization as a social ill, her administration’s arguments in court centered on technical violations to the state constitution.

The high court sided with those arguments in a 4-1 decision, ruling that the measure — Amendment A — would have violated the state’s requirement that constitutional amendments deal with just one subject.

“It is clear that Amendment A contains provisions embracing at least three separate subjects, each with distinct objects or purposes,” Chief Justice Steven Jensen wrote in the majority opinion, which found recreational marijuana, medical marijuana and hemp each to be separate issues.

About 54% of voters had approved the constitutional amendment last year. But Highway Patrol Superintendent Col. Rick Miller sued on Noem’s behalf. Pennington County Sheriff Kevin Thom also joined the lawsuit. The high court ruled that the law enforcement officers did not have standing to sue, but because Noem authorized Miller’s suit, they treated it as if Noem brought the lawsuit herself.

Noem praised the decision, and noted that it would not change how she implements a separate, voter-passed law that legalizes medical marijuana. That law has already taken effect.

“South Dakota is a place where the rule of law and our Constitution matter, and that’s what today’s decision is about,” she said in a statement. “We do things right — and how we do things — matters just as much as what we are doing.”

The state Supreme Court’s decision upheld a circuit judge’s ruling in February. Advocates for legalization appealed, arguing that the Supreme Court should dismiss the legal challenge because it overturned the will of voters and dampened their future ability to enact laws through the ballot box.

Matthew Schweich, the campaign director for South Dakotans for Better Marijuana Laws, called the ruling “extremely flawed” and reliant on “a disrespectful assumption that South Dakota voters were intellectually incapable of understanding the initiative.”

“The court has rejected common sense and instead used a far-fetched legal theory to overturn a law passed by over 225,000 South Dakota voters based on no logical or evidentiary support,” he said in a statement.

Adult-use legalization is not going away in South Dakota. Legalization advocates are trying to bring the issue back to voters next year through a ballot measure that would instruct the Legislature to legalize it. Lawmakers are also considering legalizing cannabis for adults in the upcoming legislative session.

Cannabis has become broadly accepted around the United States, with a Gallup Poll last year showing 68% of Americans favored legalization. South Dakota was among four states that month to approve recreational marijuana, along with New Jersey, Arizona and Montana. Fifteen states and the District of Columbia have done so.