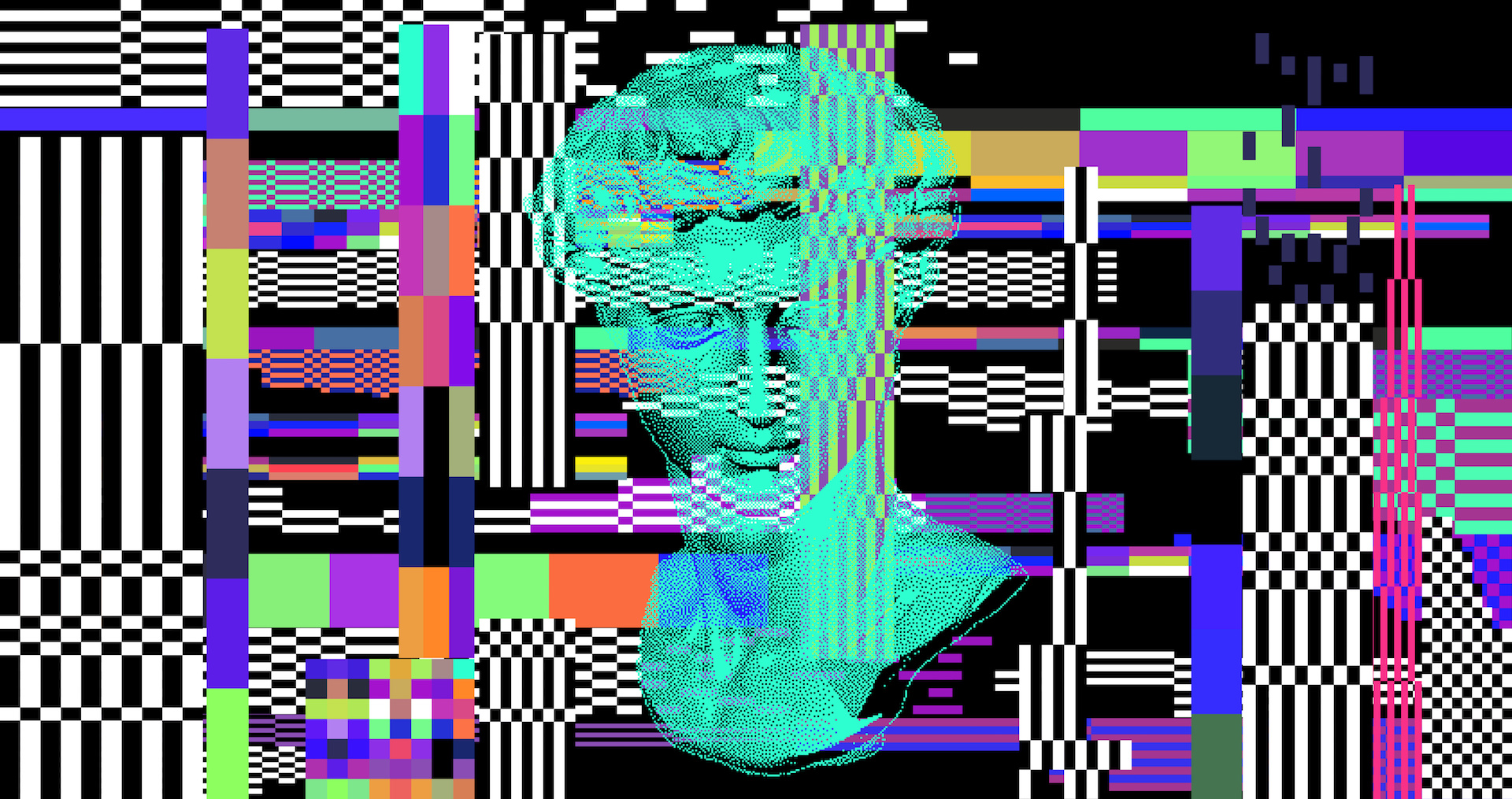 If you’ve walked down any busy block in the five boroughs lately, you’ll smell weed in the air, and probably catch someone who’s either lighting up or poised to offer you a gram or two. While weed is legal in New York, government-regulated sales are not slated to start until the end of the year.  Still, no one is stopping the ganjapreneurs from cashing in and serving the public. The bodegas, weed trucks, and not-really-legal storefronts are multiplying, and the city has tentatively sanctioned cannabis consumption in outdoor spaces.

Amid the city’s post-Thanksgiving holiday cheer, locals and tourists alike often feel the itch to visit the city’s roughly 100 museums, which cover everything from indigenous history, to Lower East Side tenements, to ice cream.

With legal cannabis sales just a few weeks away in New York, I wanted to find the best centers of history and learning that pair well with dome dispensary edibles, craft cannabis, and maybe some special mushrooms you picked up from a local provider. I can say with certainty, these were my favorite museums to visit after tripping and toking.

The Metropolitan Museum of Art

One of my favorite things about weed and psychedelics is that they make the borders of our reality more permeable. Time no longer passes as it usually does, gravity shifts, and history becomes an experience that we can inhabit.

The Met always presents guests with a prism of a different time and a world seen through different eyes. This is an ideal pairing with cannabis edibles, a thought-provoking sativa, or some psilocybin. I’d argue all the current exhibits suit a little bit of shrooms, but the zaniest ones available now are Chroma: Ancient Sculptures in Color, where ancient Greek marble statues get the color treatment, and Kimono Style, which traces the evolution of the kimono garment.

The Met also hosts the Cloisters, an homage to medieval artwork and architecture that feels like a palace you’d encounter in the Game of Thrones universe. There are gardens, castle towers, and halls built for the booming voices of choirs and kings. If you’re feeling trippy, might I recommend you stay outside with the greenery, lest you begin to worry the High Sparrow is after you.

Museum of the Moving Image

Now this museum is NOT for beginners. I repeat, if you are not prepared for a bombardment of moving images, colors, characters, and existential crises, just go without any sort of intoxicating substance. Because wow, I was not ready.
But, I loved it! The MoMI is a multistory, intentionally-unassuming building in Queens dedicated to all things cinema craft. The heart of the museum is easily the Jim Henson exhibit, which traverses the prolific puppeteer, animator, producer, and inventor’s decades of work on Sesame Street, Labyrinth, Fraggle Rock, and more.

How to dose psychedelic mushrooms

There is literally a quaint movie theater within the exhibit. I wasn’t so much in touch with my inner child as having her sit on my shoulders and run me through the whole thing. There are also temporary exhibits about Barry Jenkins’ The Underground Railroad, and most recently, a Walking Dead deep dive, which admittedly scares me.

There is always something good happening at the Brooklyn Museum. Their ongoing collection hosts art from societies across the continents, from Egypt to Polynesia to the First Nations. Further up, there are temporary exhibits that are just as fascinating as they are devastating: an interactive COVID memorial and a sprawling ruminating on how our everyday trash is, like, ruining the planet. Some pieces look like kaleidoscopes of tampon applicators, single-use flossers, and abandoned lighters, so something that incites visuals is the move.
But the need-to-see show right now is definitely Virgil Abloh: “Figures of Speech,” a walk-through of the late Louis Vuitton creative director and designer’s forays into fashion, design, and architecture. There are well over 100 items, from his clothing collection inspired by the migrant crisis, a spectrum of his Off White shoe designs, and an entire wooden cabin meant to foster the creativity of Black artists while protecting them from the rigidity of white supremacy ideals.

I’ve not been in a financial position to own a piece of Virgil’s legacy, but the vision in his work is only undercut by how much it seemed like he had to show us. The new Thierry Mugler: Couturissime exhibit just opened as well to further your passion for fashion.

Definitely start in the elephant room. It’s technically the hall for African mammals, but the elephants are the stars. I myself popped one of the new Kiva Grape Pie Cookies gummies, a partnership with Brooklyn rapper Saint Jhn, and felt overwhelming awe at just how many other species have evolved across the globe alongside us, or far from our urban experiences. Where else would you ever see the skeletons of Chihuahua-sized lemurs or enormous salamanders? The Museum of Natural History, naturally.

I went specifically for the new Sharks exhibit, which I heard multiple young children describe as “scary.” It’s a darkly lit room full of shark trivia, interactive games, and shark recreations (no great white tanks, sorry!) that you can detour to, then get back to the animal kingdom. I would not do any psychedelics if you plan to check out the halls of American Indian history, which feature somewhat uncanny recreations of people and their cultures who are still very much alive. But you do you.

Admittedly, the SNL sketches are a lot funnier than learning about thousands of European immigrants living in poverty; I would recommend this if you want to feel sad when you’re high and enjoy an emotional purge. The Lower East Side often feels like a millennial playground or a collection of furtive alleys, but one guided tour of the Tenement museum will make you feel very happy about the cramped apartment I’m betting you have lived in, at some point.

As a descendant of immigrants from multiple European countries, but none of them went through Ellis Island or lived in New York. I used to feel somewhat jealous of all the thousands of people who got to reshape their lives in the Big Apple, until I walked through the squalor they had to deal with on a daily basis. This is definitely an indica, introspective kind of day, for feeling sympathy and gratitude that we have developed as a city and country beyond these circumstances.

Museums often feel stuffy, and their architecture can feel monotonous. The Guggenheim, which reminds me of something straight out of Westworld’s latest season, sets you up in a spiraling circle, allowing you to get into a flowstate as you survey the best of an 8,000 piece collection.

The people watching alone can eat up an entire afternoon, but if you’ve got a nice microdose buzz going, I highly recommend the Cecilia Vicuña: Spin Spin Triangulene and Sensory Poetics: Collecting Abstraction exhibitions. Both toy with artistic medium as much as some mushroom chocolate toys with your perception. Both exhibits center on contemporary art that rejects our cultural reverence for minimalism and clearly understood messaging. Colors, shapes, and senses abound!

Sometimes you need some nastiness in life to remember how good it can be. But sometimes the grotesque has its own beauty and allure.   Doreen Lynette Garner’s new show at the New Museum, Revolted, makes you queasy in the best way and leads to deep interrogation.

Her sculptures seem like they’re meant to be in Dexter’s clean-up room or a negligent slaughterhouse. Everything is made from mostly synthetic materials, but the sculptures evoke the ick of live, fleshy bodies all the same. It might be best not to see this exhibit if you have a sensitive stomach or like to dose or smoke heavily

Ever wonder what kind of spy you’d be? That’s half the fun of SPYSCAPE, a Midtown Manhattan building that takes you through a series of mental and physical games that help determine your best spy skills while helping you learn about international surveillance and the history of espionage.

There’s also a Batmobile or two. My friends and I made sure to chief beforehand, and while it made the math portions harder, it definitely made everything feel more 007. All important spy skills will be put to the test here—cracking ciphers, lie detection, surveillance monitoring, and sneaking through a room full of lasers, to name a few. There are, unfortunately, geometry questions too. Each phase takes you through different parts of the museum, so it doesn’t get stale.

At the end, you receive an analysis detailing your role in a hypothetical intelligence agency. I myself got “analyst,” which seemingly means I’m great at seeing patterns and reviewing data, but maybe I don’t take as many risks as I should.

All these visits were done under ideal tripping and toking circumstances; I had control of my dose and experience without adverse effects that can arise—cannabis and psychedelics aren’t exact science, after all. If you want to take your next museum visit to the next level, always start low and go slow. You just might see something you’ve never seen before.