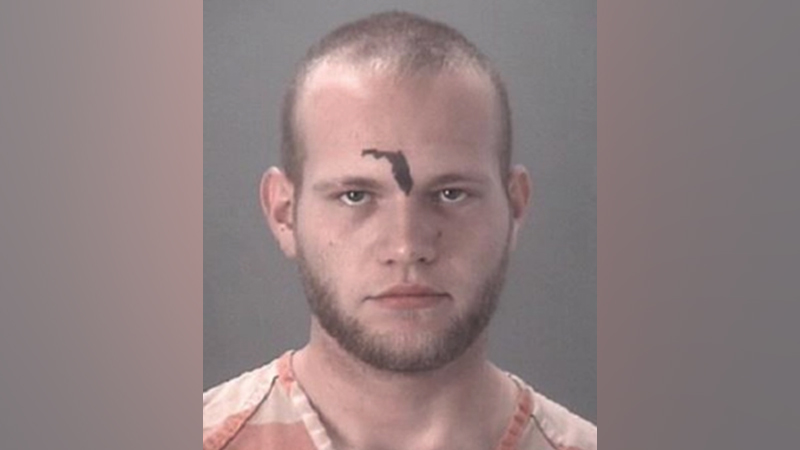 Oh, 2021. We had such high hopes for you. After surviving the annus horribilis of 2020, we figured 2021 would be full of vaccines, in-person reunions, parties, singing, mask-burning, and a return to the old normal.

Yeah, not so much.

Through it all, we here at Leafly noted the wacky, the weird, and the downright bizarre moments in cannabis. We like to collect them every year in what we call, in a nod to Esquire magazine, our Doobious Achievement Awards.

Jerk of the Year: US Anti-Doping Agency

In early July, world-class sprinter Sha’Carri Richardson was suspended from the US Olympic Team and denied a chance to compete in the Tokyo Olympics after testing positive for THC. The American athlete had been expected to be one of the shining stars of the Summer Games.

Richardson acknowledged she had been using cannabis to cope with the loss of her mother just days prior to the Olympic track trials in June. That made no difference to USADA officials, who declared that a banned substance is a banned substance.

Richardson’s appeal was denied, and the Games went on without her.

For extending the War on Drugs and doing Sha’Carri Richardson dirty for no good reason, the U.S. Anti-Doping Agency takes the Doobious Achievement prize of 2021 Jerk of the Year.

When the Sha’Carri Richardson situation arose, President Biden could have used it to point out the absurdity of America’s marijuana laws. Instead, he said “everybody knows the rules going in.”

Biden’s comments came a few months after his administration reportedly suspended and/or asked for resignations from young White House staffers who admitted to past legal cannabis use in legal states.

Near the end of 2021, Biden took the time to pardon two Thanksgiving turkeys but couldn’t be bothered to pardon a single one of the non-violent marijuana prisoners trapped in federal penitentiaries.

For doing nothing to repair the harm he’s done as a drug warrior, President Joe Biden is our 2021 Doobious Achievement Awards Jerk of the Year Runner-Up.

Facepalm Product of the Year

It was hard to find a product more derided and loathed than Canna Bumps, the cannabis powder that was supposed to be…fun?…because it could be snorted like cocaine.

Your weed may be strong, but is it Nairobi strong?

In March, Newsmax anchor Greg Kelly posted the year’s most bizarre weed micro-memoir. In a fanciful twist on the old “Don’t Do Drugs” line, Kelly claimed to have once taken a marijuana—and after blacking out for four days, woke up in Kenya.

In February, 22-year-old Matthew Leatham, whose distinguishing feature is a silhouette of Florida tattooed on his forehead, was arrested in the Tampa region after he called 911 late on a Saturday night to request a ride home. The responding officer offered to call Leatham a taxi, but the Florida man declined. Instead, he walked away and called 911 again to Uber himself home via the county’s emergency response system.

The officer then arrested Leatham and gave him a ride to jail. A search of his person turned up a small amount of cannabis. So Leatham was charged with misuse of the 911 system and possession of marijuana.

To which we respond: Not even a Florida Man this dumb should face penalties for holding a little weed.

Honestly, this isn’t a bad idea

Lobin Lowe, the agriculture minister of Malawi, wrote to former heavyweight boxing champion Mike Tyson, asking him to be an ambassador for the East African nation’s cannabis crop.

“Malawi may not go it alone as the industry is complex requiring collaboration. I would therefore like to appoint you, Mr. Mike Tyson, as Malawi’s Cannabis Branch ambassador,” Lowe wrote.

We’re still awaiting a response from The Champ.

Just make your own cookie dough and eat that

2021 was a big year for workers’ rights, labor unions, and solidarity boycotts. When workers at Frito-Lay’s Topeka, Kansas, plant went on strike to end forced overtime and 84-hour work weeks, it put union-supporting stoners in a dilemma. What to do when the munchies kicked in?

Cheez-Its, however, are made by Nabisco, which—wait! There was a union strike at the Nabisco factory in 2021, too. Sorry. It all got very confusing at 11pm in the mini-mart.

We waited two years for this?

After a one-year hiatus due to a worldwide viral pandemic, MJ Biz Con, the cannabis industry’s biggest annual trade show, returned to Las Vegas in October.

Thousands embraced the chance to get together face-to-face. Friendships were revived, deals got done. But this year’s show was marred by the overexuberance of a few attendees who decided to re-enact The Hangover.

This viral video of a brawl on the trade show floor seemed to capture the ugly mood:

Reddit’s r/Justrolledintotheshop thread is a nonstop parade of weird stuff mechanics encounter. This year they added a new bonehead move. “Tech tip for stupid people,” wrote the mechanic. “Don’t store your weed above the filter, clogging your intake, and proceed to get it towed in because it stalls…”

The mechanic snapped this shot:

8 of the Best Stash Jars for Cannabis Storage

McKissick asserted that Colorado supposedly experienced a rise in crime, poor health, and suicidal thoughts, which “all became worse when the state decided to legalize marijuana.”

None of McKissick’s claims were true.

His statement came as South Carolina’s Republican Governor, Henry McMaster, made positive comments about the possible legalization of medical marijuana, and polls found more than half of Republicans nationwide favor legalization.

Indeed. Drew McKissick, your 2021 Doobious Achievement Award is waiting for pickup at the Leafly front desk.

Now this actually is a stupid game

Japan Today reported that a four-person team of YouTubers in Osaka attempted to monetize viral videos of cannabis street sellers getting busted.

The video team arranged to meet dealers on a street corner, tipped off the Osaka police, then filmed the dealers getting busted. This apparently struck the video producers as a hilarious prank.

The cops eventually got wise to the scheme and arrested the asshole YouTubers.

New Jersey voters embraced adult-use legalization in Nov. 2020, but the state’s cops saw no reason to stop hassling residents over weed. They kept arresting people on small-time charges, right up until Gov. Phil Murphy signed the new law in Feb. 2021.

One of those caught up: NJ Weedman, of course. The longtime legalization advocate, aka Ed Forchion, was pulled over for driving his famous Weedman Pot Trooper SUV (pictured above) late on a Saturday night.

The cop ended up arresting the Weedman for what Forchion said were a couple grams and two vape pens. And the cop confiscated $9,000 in cash.

“This was a street robbery by the Wanaque police department,” Forchion told a reporter with New Jersey 101.5.

It always astounds us when right-wing ranters assume conservatives don’t enjoy cannabis. (True fact: Many do.) In June, Turning Point USA founder Charlie Kirk went off on a bizarre anti-weed rant during a conference in Dallas.

“We live in a place where you can have, literally, weed delivered to your front door. It’s like, ‘What?’ And somehow, ‘Oh that’s liberty,’” Kirk said.

Later on, Kirk backtracked on his original…er…claim: “Aw, okay…that’s a form [of slavery]; it’s a form of being subservient to something that actually controls you. That’s not you being free.”

Liberty, Jobs, and Freedom: How Cannabis Became a Conservative Issue

Finally, a hat-tip to writer Jamilah Lemieux, who perfectly captured 2021 in this tweet.