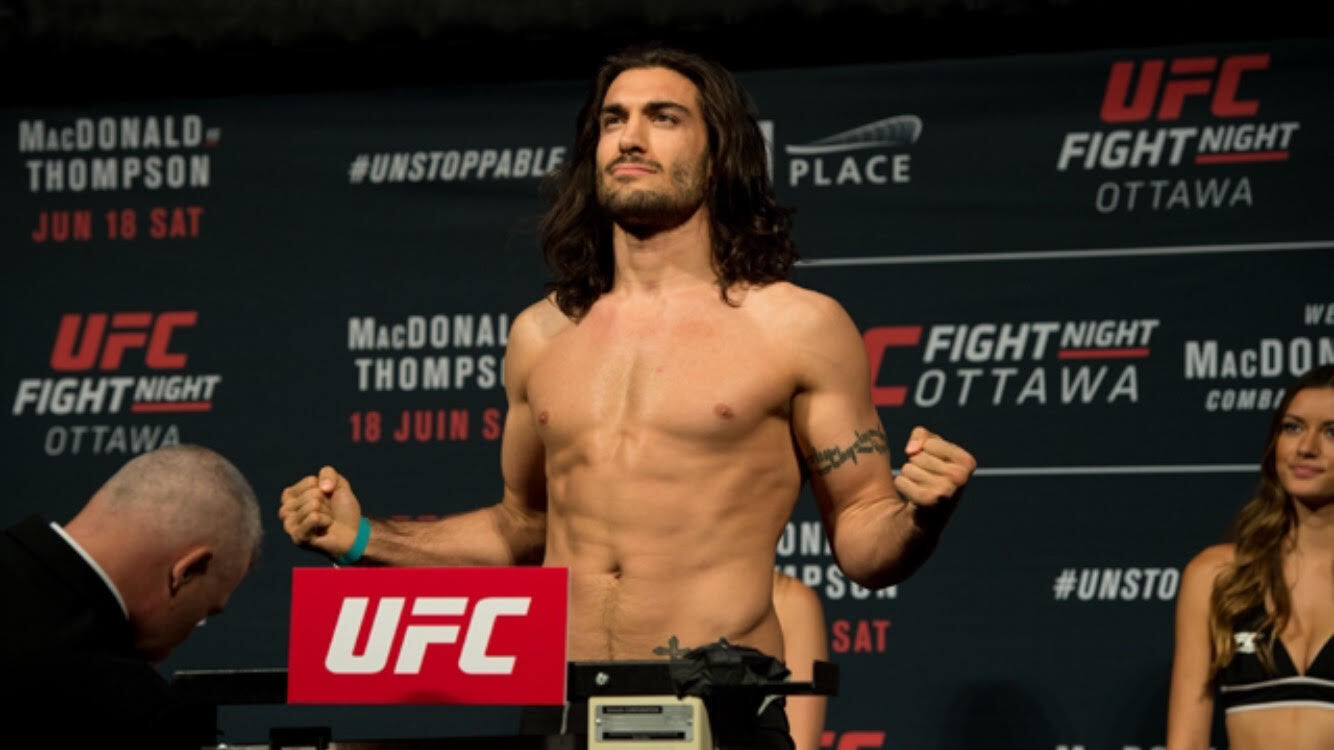 Mixed martial artist Elias Theodorou stepped out of the ring recently to attend MJBizCon, a cannabis industry conference and expo in Las Vegas. The Canadian athlete was there on a mission—to promote organizations and brands that are striving to break the stigma associated with cannabis use.

As a trailblazer in the cannabis space, people were receptive to his message. Theodorou is the first professional athlete in North America to be authorized to use medical cannabis. He has broken new ground in professional sports and says he is just getting started.

Born and raised in Mississauga, Ont., Theodorou attended a local high school, where he became passionate about skateboarding. “I jumped off high buildings until I realized I was afraid of heights,” he recalls with a laugh. He has suffered many injuries since then, including one to his wrist that was so severe he needed a bone graft.

After high school, he enrolled at college to study advertising. Around that time, he discovered a passion for mixed martial arts (MMA) and ultimately chose that as his career path. He excelled at his sport and developed into an elite competitor known as “The Spartan” thanks to his Greek heritage and powerful build.

In 2014, when he was 25 years old, he became the first Canadian to win The Ultimate Fighter, a reality television show that features MMA fighters competing against each other for a contract with the Ultimate Fighting Championship (UFC), a U.S.-based MMA promotion company.

Theodorou excelled as a middleweight fighter in the UFC but the competition took a toll on his body, aggravating injuries he had suffered while skateboarding years before. Diagnosed with nerve damage called bilateral neuropathy, he turned to cannabis to relieve his pain.

He wrote an open letter to the U.S. Anti-Doping Agency (USADA), urging the organization to allow him to use cannabis to ease the pain in his wrists and elbows without penalty.

He felt he was at a disadvantage in the ring because of his condition. For Theodorou, cannabis had proven to be an effective treatment whereas other medications had caused “debilitating side-effects.”

The USADA told him he would have to exhaust all other medical options, including prescription painkillers before they would consider making an exception for him.

“Sports officials try to raise awareness about the use of narcotics,” he says, looking back. “If it weren’t sad it would be funny that they encouraged me to take opioids.”

USADA officials are operating in an outdated system

Conventional medications didn’t work well, but USADA officials were unmoved. They refused to grant him a therapeutic use exemption. “I was really frustrated,” Theodorou recalls.

“USADA officials are still operating in an outdated system. It was an uphill battle that I ultimately lost. But that setback just made me more determined. I’m known for being relentless in the cage and I’m that way outside of the cage, too.”

While thriving in the cage—he was ranked in the top 15 among all UFC competitors— he continued to promote the therapeutic value of cannabis. His advocacy ruffled feathers at the UFC, which released him in the spring of 2019. At the time, he had won eight matches and lost just three.

Still, Theodorou was undeterred. Seven months later, in December 2019, he competed in a match in Windsor, Ont., where organizers didn’t test competitors for cannabis use. He won by technical knock-out and attributed his success to the therapeutic benefits of cannabis.

A month later, the British Columbia Athletic Commission granted him a therapeutic use exemption for medical cannabis, allowing him to use it while training and in preparation for competition without penalty.

He was the first professional athlete in North America to receive that exemption.

The commission’s decision was informed by a panel of independent physicians who determined that Theodorou would experience serious health problems without taking cannabis, that cannabis was not a performance-enhancing drug and that no other treatment could effectively treat his condition.

It was a big victory for Theodorou and other advocates of medical cannabis.

The onset of the COVID-19 pandemic put competition on hold but, once it restarted, Theodorou picked up where he had left off. In March 2021, he organized a fight in which he defeated former UFC competitor Matt Dwyer in Victoria, B.C.

Blazing a trail for athletes, country by country

Two months after that, the State of Colorado granted Theodorou a therapeutic use exemption for medical cannabis, making him the first professional athlete in the U.S. to get one. He was delighted.

“It was surreal,” he recalls. “It took years for officials in B.C. to give me that exemption but it happened really quickly in Colorado. I was dumbfounded.” At that point, he decided he would fight to get a therapeutic use exemption “state by state, country by country” if necessary.

Theodorou plans to stage a fight in Denver next month. While finalizing plans for that, he continues to train and fight for acceptance of medical cannabis in professional sports.

He is working with Athletes for CARE, an organization that advocates for research, education and compassion when addressing athletes’ health issues, and he talks to his peers about cannabis.

“Olympians and others have reached out to me to ask about the benefits of cannabis,” he says. “I tell them to speak to their doctors because you need professional supervision when taking medical cannabis. I took that step and it changed my life.”