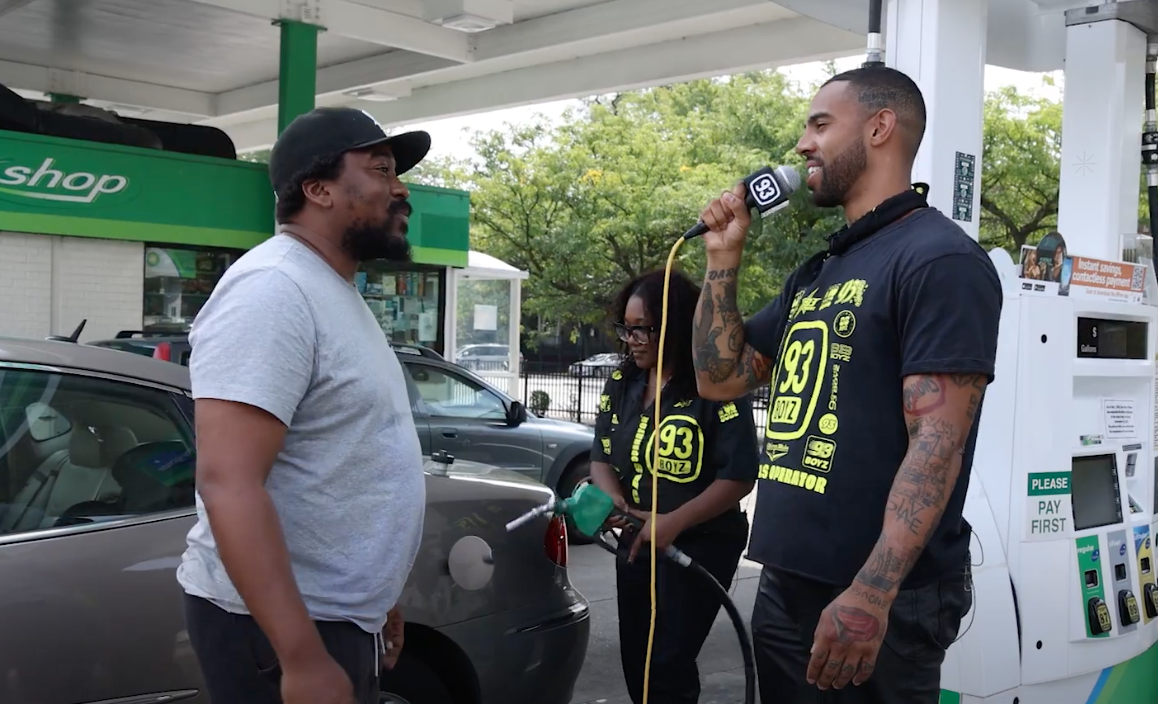 This article was written by Javier Hasse and originally published on Benzinga.

Chicago rapper, actor, and activist Vic Mensa recently unveiled his new brand 93 Boyz, an equity-focused cannabis company – and the first Black-owned and led weed business in the state of Illinois.

One of his first community initiatives involved heading back to his hometown, the Southside of Chicago, where rolled up to the BP Gas Station on 47th & Woodlawn around the corner from his mother’s house and surprised 200 cars with $10,000 in free gas.

The story was first picked up by TMZ which shared a heartfelt video of an elderly woman explaining how she originally only had $5 to put in her tank and was taken aback by the generosity.

The gas giveaway was caught on tape and became a 60-second clip full of free weed, showing love, and humor.

Vic says, “To celebrate the launch of 93 Boyz, the first black cannabis brand in Chicago, we went to the gas station on the block where I grew up and gave away $10,000 of free gas. At a time when many people are struggling to fill their tank, it felt good to be able to help the community in a real way.”

As Chicago’s first Black-owned cannabis brand, at the core of 93 Boyz’ mission is a reinvestment in the communities and individuals that have been historically and disproportionately affected by outdated laws, prejudices, and assumptions regarding cannabis consumption, elevating the underserved while also lifting spirits via the headiest product available in the state.

The best things to do in Chicago while high

Among the community-based initiatives that the brand will be undertaking is a partnership with Books Behind Bars, a non-profit organization dedicated to providing books to underserved Illinois prison libraries, providing inmates with potentially transformative resources.

Speaking on the development and launch of 93 Boyz, Vic Mensa says: “Selling weed was my first hustle. It taught me work ethic, entrepreneurship, and funded all of my first music projects. As someone with a lifelong experience of anxiety and depression, it’s amazing to be able to help people facing those and other issues while working with something I love. The war on drugs has had a devastating impact on my community, and yet our representation in the cannabis industry is less than 2%. 93BOYZ is changing that narrative while combining high quality, tastemaker weed with socially conscious initiatives.”

In its pursuit to become a company focused on holistic good, 93 Boyz has joined forces with Aeriz, the largest aeroponic cannabis cultivator in the world, to provide sustainable and environmentally friendly products from plant to person. Aeroponics is a cultivation method to grow product without the use of soil or an aggregate medium.

Indica vs. sativa: understanding the differences between weed types