Why does weed smell skunky? - Read of Green 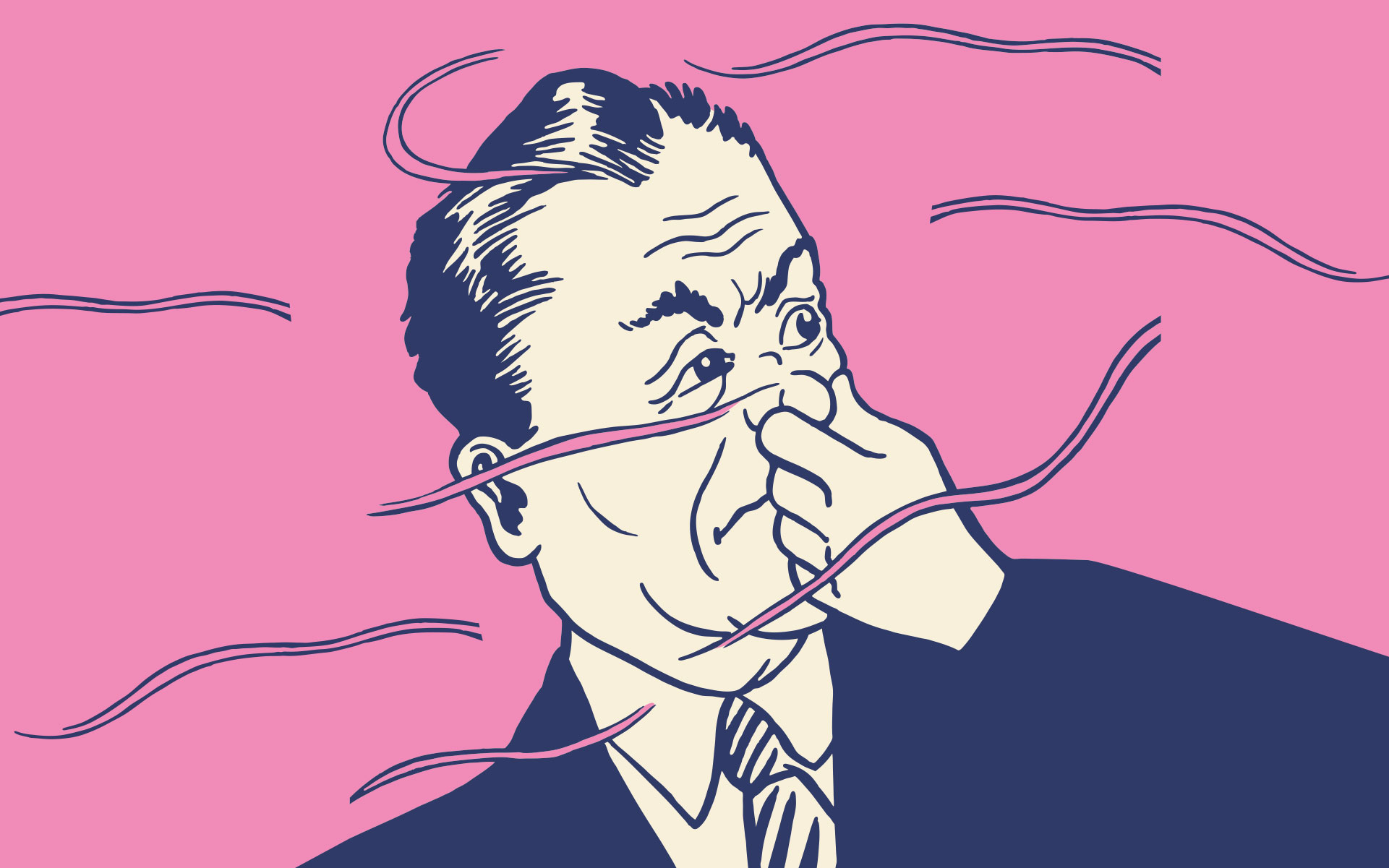 Weed has a giveaway odor. It clings to car interiors, lingers in rooms long after the joint has been smoked, and hangs around people who smoke it regularly. Most plants emit a unique smell, but cannabis carries a particularly potent odor, an unmistakable calling card. If there’s one adjective to describe it, it’s skunky.

Many of us remember the day we got our first whiff of weed: For me, it was crossing the university quad late one night during orientation week. That pungent, heady, musky scent assaulted my nostrils like few smells ever have, permanently etching itself into my olfactory memory.

Let’s look at the compounds responsible for weed’s skunky smell, discuss the science of whether they hold unique benefits, and explore some tips for getting rid of weed’s characteristic scent (or at least subduing it).

Return of the Skunk

The source of weed’s skunky scent

Cannabis contains more than 200 cannabinoids, terpenes, and other compounds that contribute to its idiosyncratic scent. However, the chemical basis of weed’s skunk-like smell has long eluded scientists.

“Previously, researchers associated the terpenes known as myrcene, which is present in hops and mangoes, and caryophyllene, found in black pepper, cloves, and cinnamon, as being partly responsible for the skunky smell in cannabis,” said Roger Brown, founder and president of ACS Laboratory.

However, recent landmark research has found that weed’s musky, skunky scent isn’t due to terpenes, but another set of compounds entirely. In 2021, a research team based in California led by Dr. Iain Oswald, PhD, ran a study to find out whether cannabis contained volatile sulfur compounds (VSCs). VSCs are infamous as the compounds that skunks release in their defensive spray.

However, VSCs also play a role in plants with pungent aromas and flavors, including garlic, hops, and durian, which smells so strong it’s actually banned on public transportation in some Southeast Asian countries. Suffice to say, VSCs are powerful odor bombs that can deliver heady aromas and flavors in small amounts.

“[Volatile sulfur compounds] can possess extremely pungent aromas even in very small concentrations—orders of magnitude more pungent than many terpenes,” said Oswald. “A small amount goes a long way when it comes to VSC odors.”

To determine if cannabis contains VSCs, Oswald and his team measured cannabis flower and concentrates using state-of-the-art gas chromatography technologies. Their research uncovered a revelation: Not only does cannabis contain VSCs, but it also contains some that have never been seen in nature. As it turns out, VSCs are largely responsible for weed’s signature stench.

“Even a skunk’s aerosol spray, which can have a similar aroma to cannabis, does not have identical compounds,” explained Oswald. “They are, however, very similar in their chemical structures, hence why they do smell somewhat the same.” The researchers also found that the family of VSCs identified in cannabis are structurally similar to those found in garlic.

One particular VSC—3-methyl-2-butene-1-thiol, or VSC3, as it has come to be known—appears to be influential in shaping the smell of cannabis. It produces an “intense, sulfuric, skunky aroma even in extremely dilute concentrations,” that was also linked with skunky beer, the research team stated in the study.

Oswald and team confirmed that VSC3 is the primary source of the characteristic scent of cannabis, while other VSC compounds further intensify or modulate the aroma.

Moreover, the intense smell isn’t limited to cannabis flower. The team found that cannabis concentrates can retain VSCs through the extraction process and maintain a strong skunky aroma in the final product too.

What are cannabis terpenes and what do they do?

Do other compounds play a role in cannabis’ aroma?

“Terpenes are organic compounds that are responsible for a plant’s aroma,” said Kat Andrews, Senior Director of Cresco Labs. “Over 100 different terpenes have been identified in cannabis. While some terpenes promote sweet or fruity smelling aromas, others may be more pungent or odorous.”

“Terpenes are now thought to be more closely associated with the citrus and floral notes in cannabis,” explained Brown. However, Brown believes that there are other, lesser known compounds that may also contribute to the complex scent of weed—ketones and esters, which may influence the scent from terpenes by chemically altering their composition. He also points out that these compounds may interact with our endocannabinoid systems.

In other words, the interactions of terpenes, flavonoids, esters, and ketones may all affect the smell of weed, and might also influence how weed interacts with our body.

Are there any benefits to weed’s skunky compounds?

Terpenes, flavonoids, and VSCs all contribute to the functioning of the cannabis plant: They can repel predators, attract pollinators, and play a protective or adaptive role in the face of certain environmental stressors such as drought or UV light.

When humans ingest these aromatic compounds, they can evoke unique therapeutic responses. While research unpacking the applications of terpenes is still in its infancy, data suggest that they may ease anxiety, soothe pain, and fight off viruses. Flavonoids are also pharmacologically active compounds that boast many health benefits, so it’s not a stretch to think that VSCs may also hold beneficial properties for humans.

“Scientists have linked the taste, smell, and health benefits associated with garlic to the VSCs that occur naturally inside of it,” commented Brown. Garlic contains VSCs such as diallyl disulfide, which has been linked to anti-inflammatory, antioxidant, antiviral, cardiovascular protective, neuroprotective, and anticancer activity. The structural similarity between the VSCs found in cannabis and those found in garlic suggests that cannabis VSCs could also deliver therapeutic effects, according to Oswald’s study.

“We are still not entirely sure of the function of these compounds,” said Oswald. “The discovery of this class of compounds opens some doors for future research directions—such as whether they play a part in modulating the psychoactive effects of cannabis.”

How can you manage the smell of weed?

While some of us revel in the robust musk of cannabis, others are less enthused by its loud fragrance. When Denver legalized weed, for example, myriad complaints about odors led to the creation of a full-time job to investigate and resolve said complaints.

Part of the secret to managing the smell of weed is knowing when it will be at its most pungent. Happily, Oswald and his team also set out to answer this question. Using an indoor greenhouse, they monitored the evolution of VSCs throughout the cannabis plant’s life cycle and the curing drying process.

“Age appears to be the most important factor in the strength of the skunky smell attributed to VSCs,” said Andrews. “It wasn’t until the seventh week of flower that the researchers were able to detect these unique cannabis VSCs, which continued to increase in strength as the cannabis plant reached the end of its flowering stage and peak during the curing process.”

There are tried and tested methods to soften the smell of ultra-skunky fresh weed. Open windows to allow ventilation, light up incense sticks or scented candles, or purchase a portable air purifier. However, the best way to reduce an assault on your nostrils is to store your flower correctly. Proper containers or stash boxes can really dial back the scent. And, it goes without saying, that one of the best ways to avoid the smell of cannabis is to ingest it in the form of edibles.

“The trick is to limit the amount of air transfer between the container with the cannabis and the air outside,” recommended Brown. “This means that an airtight jar or container will subdue or conceal the skunky smell of the cannabis much better than a normal container or plastic baggie.”