Why is a Michigan resident blocking 63 New York dispensary licenses? - Read of Green 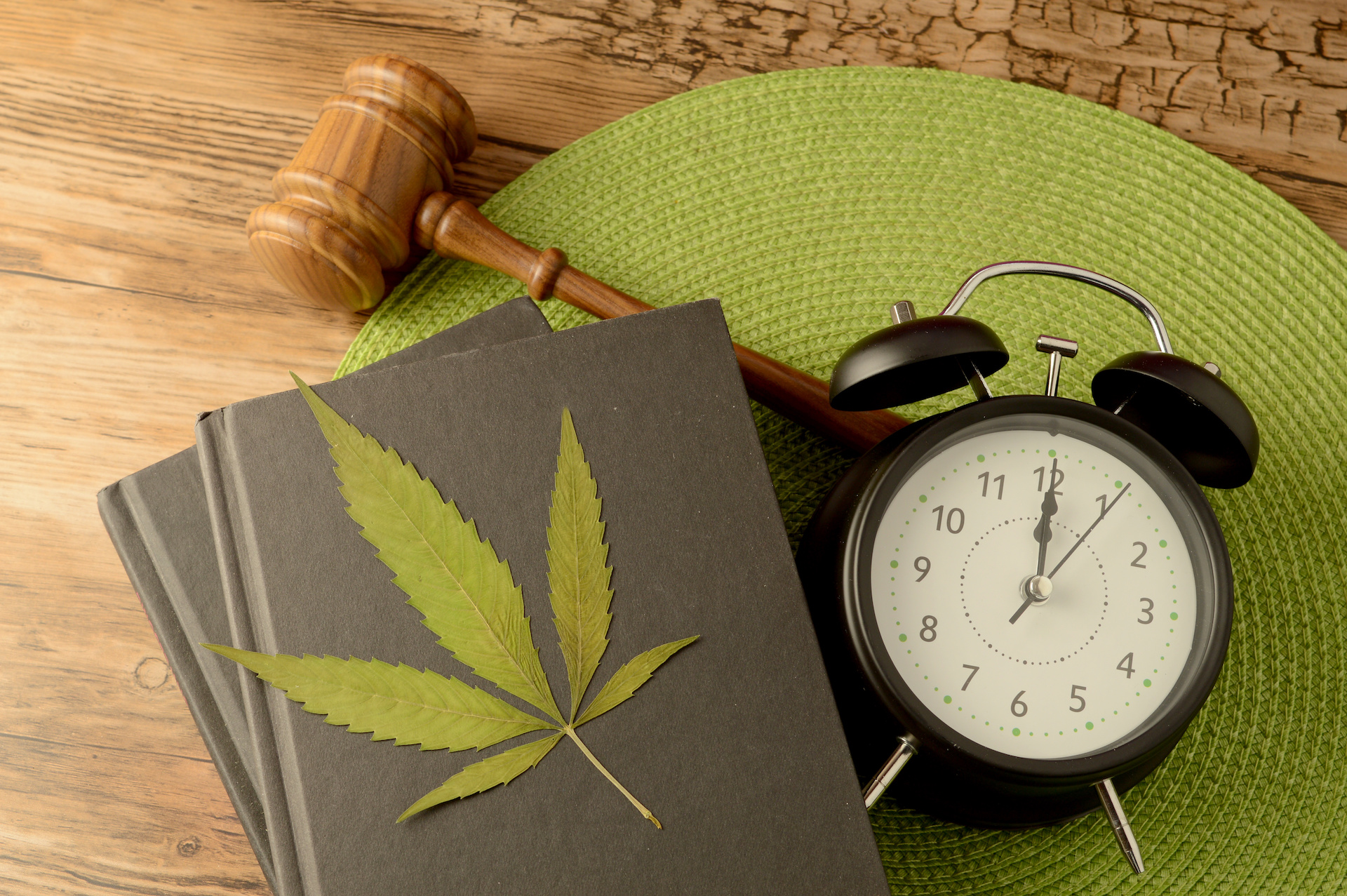 Two businesses, owned by the same man, are suing the state of New York and the City of Sacramento. Both lawsuits challenge dispensary licensing programs that prohibit out-of-state residents.

But a company owned by a Michigan man has blocked nearly half of those licenses from being issued with a lawsuit that argues such programs discriminate against out-of-state residents and block interstate commerce.

Both of the plaintiff’s accusations, if proven true, would violate the constitution. So a federal judge granted a temporary injunction blocking New York’s ability to issue licenses in five regions, including Brooklyn and Central New York.

A corporation called Variscite NY One, Inc. filed for a preliminary injunction to restrain the Office of Cannabis Management (OCM) from issuing Conditional Adult-use Recreational Dispensary (CAURD) licenses in certain areas of the state.

Variscite is claiming the OCM’s dispensary license application program discriminates against out-of-state operators and blocks interstate commerce, a direct violation of the Dormant Commerce Clause, which keeps states from favoring their own economies over a healthy national marketplace.

A Michigan resident named Kenneth Gay is the majority owner of Variscite New York One, Inc., which has been registered with the state of New York since August. Jeffrey Jensen owns the other 49%, according to court records.

Kenneth Gay and his lawyer, Christian Kernkamp, filed a similar lawsuit against The City of Sacramento and its cannabis office in February 2022, this time using a business entity called Peridot Tree.

Neither Variscite, nor Peridot Tree, appear to be licensed, prominent, or active cannabis operations in Michigan or California. The plaintiff refused to comment on the case when contacted by Leafly.

On Thursday (November 17), a LinkedIn post by cannabis lawyer David B. Feder riled rumors that Cookies is behind this lawsuit. Some cannabis news outlets even published the rumors.

Feder uncovered documents that tie Variscite’s co-owner, Jeffrey Jensen, to a 2018 Cookies dispensary application that failed to get approved in Pasadena. After hinting that Cookies may be driving the Variscite lawsuit, Feder directed the “Internet sleuths” on his page to investigate further.

On Friday (November 18), Feder retracted his statement and publicly apologized for implicating Cookies in the case. Feder said: “Sometimes you have to admit when you’re wrong… After speaking to the people at Cookies and getting clarification, and speaking to other people as well, I gotta let everybody know: There is no connection between Cookies and this lawsuit.”

Cookies CEO Berner thanked Feder for clearing things up, writing on Instagram, “Thank you. My apologies as well, sometimes stuff like this gets under my skin and I truly appreciate you posting the truth. The more we grow the bigger the target we are. I do really appreciate you clearing this up.”

“As it turns out,” Feder continued in his apology video, “Cookies, never ended up doing business with this guy.” Feder added that it’s “probably better off that they didn’t, because look who this guy is. He doesn’t care about New York’s social equity applicants and is freezing the whole program for everybody and shutting down several regions from being issued CAURD licenses and maybe who knows how far it’s gonna go.”

Feder added, “the bottom line is, I was wrong for presenting this information without the proper framing. And I appreciate the people of Cookies coming to me directly to clarify. This thing went way further than I had ever anticipated.”

When did the Variscite vs The State of New York case begin?

When asked about the timeline and intentions of the lawsuit, Variscite’s lawyer, Christian Kernkamp, told Leafly via email November 15, “Plaintiff is not making a statement at this time but we will be sure to include you if Plaintiff makes a statement in the future.”

Why did the court grant Variscite’s request to block New York licenses?

On October 5, the court rejected a first request for the temporary injunction, which would have stopped some licenses then. The new ruling made Thursday (November 10) states that the New York Attorney General, arguing on behalf of the OCM and state, failed to provide a legitimate purpose for favoring New Yorkers impacted by the War on Drugs over non-residents.

Similar cases in Michigan and Maine also play on the tension legalization creates between states’ interests in protecting local businesses and the Dormant Commerce Clause of the Constitution. The clause forbids states from interfering with interstate commerce in ways that favor their own economies over those of other states.

Almost every state with a social equity program that favors residents is subject to similar litigation, but it will ultimately be up to Congress to ensure federal legalization strikes a balance.

Why is Variscite suing The State of New York?

It’s hard to say. The company claims that social equity programs infringe on owner Kenneth Gay’s constitutional rights. But there is a lot of subtext to consider.

Gay also owns Peridot Tree, a California company that is currently suing the City of Sacramento on similar terms. Gay could truly feel discriminated against by programs that favor state residents over non-residents. But many are questioning the plaintiff’s true motives.

What does Variscite stand to gain from delaying licenses?

It’s not clear. But speculation has been rampant. It’s been suggested that a special CAURD license could be in the cards for the plaintiff—not as a reward, but as a “shut up and go away” settlement. Other, more sinister, motives have also been floated, without evidence or corroboration.

No matter what the plaintiff’s motive is, federal law gives some credence to their claim. Still, the federal judge in the Peridot vs. Sacramento case in California chose to abstain from the matter on Thursday (November 17), citing the federal illegality of cannabis. Gay will now bring that case to the Ninth Circuit federal court for further judgement.

Ultimately, ending federal cannabis prohibition is the only way to stop lawsuits like this from becoming a national trend. Otherwise, the Dormant Commerce Clause, as applied here, could be used to derail social equity programs in almost every legal state.

The Variscite/Peridot plaintiff’s true motives are hard to pin down, for many reasons. There’s a lot of collateral damage to consider. The other cannabis businesses, wasted resources on application and legal fees, and potential blowback from impacted businesses all make this case high-risk and low-reward from the outside looking in.

What’s next in the Variscite vs. New York case?

A lawyer representing multiple applicants advised that the impacted licenses in Brooklyn, Finger Lakers, and other regions could be on hold for three to four months.

Despite the lawsuit, New York’s Office of Cannabis Management said it plans to move forward with its CAURD licensing program, characterizing the Variscite lawsuit as a minor setback.

The OCM plans to award the first class of CAURD licensees on Monday, November 21, at a board meeting that is open to the public.

An official OCM statement about the case to Leafly November 10 reads:

“We don’t comment on pending litigation. The Office of Cannabis Management is committed to the Marijuana Regulation and Taxation Act’s goals of including those impacted by the state’s enforcement of cannabis prohibition in the market that we are building and we are additionally committed to getting New York’s cannabis supply chain fully operational.”