Would psychedelic therapy work without tripping? - Read of Green 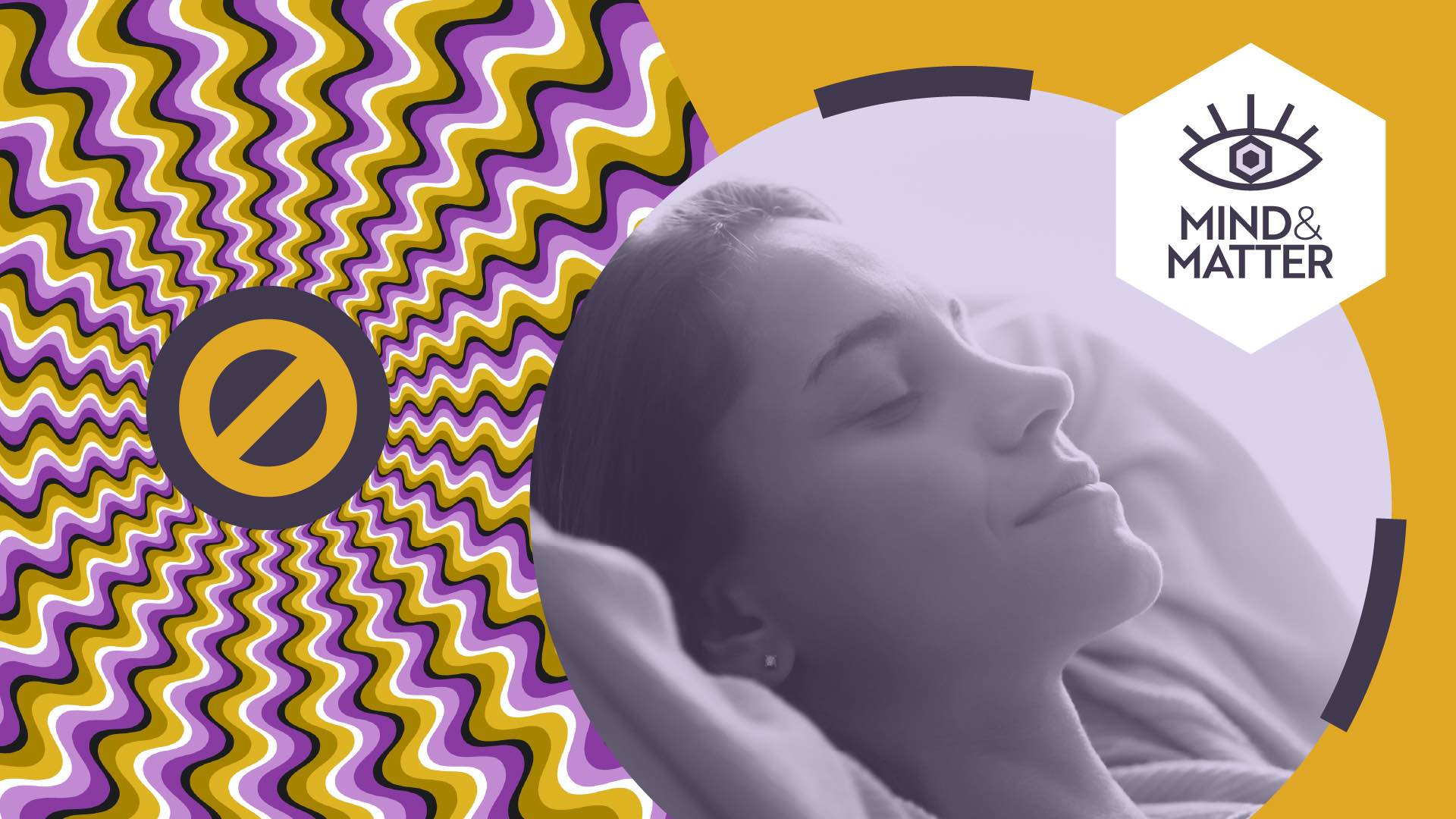 ‘Mind & Matter’ is a monthly column by Nick Jikomes, PhD, Leafly’s Director of Science and Innovation.

Therapy patients who’ve taken a large dose of psilocybin often rate the experience as one of the most significant moments in their lives. Some compare it to an event like the birth of their first child. The hallucinatory experience, they say, allowed them to make a critical therapeutic breakthrough.

But did it really? As important as the trip itself actually feels, is it possible that the subjective experience is just a profound, mind-bending side-effect of the biochemical process that actually provokes the breakthrough?

The role of ‘psychoplastogens’

We are living through a renaissance in the scientific study of psychedelic drugs. From psilocybin to ketamine to MDMA, these drugs are being studied for their potential to treat severe mental disorders—everything from addiction to end-of-life anxiety, treatment-resistant depression, and PTSD.

Early studies indicate that patients typically see beneficial results when these substances are used to assist psychotherapy, not merely taken on their own.

Psychoplastogens allow the brain to rewire itself.

The drugs seem to act as psychoplastogens—compounds that induce neuroplasticity, allowing the brain to physically rewire itself.

Recent studies indicate there may be a two-part system at work here: The drug effect of enhanced plasticity offers the potential for change, while psychotherapy directs that change appropriately.

The advantage of psychedelics: Fast plasticity

The drug-induced boost in neuroplasticity seems to outlast the presence of the drug itself. This means the brain can remain in a state of enhanced malleability for extended periods, allowing psychotherapy to be extra effective even after the drug exits the body.

These plasticity-enhancing effects are thought to be crucial for the therapeutic benefits of psychedelics. But the question remains: Are the subjective effects—the psychedelic trip—a necessary part of the process that induces neural plasticity?

Why does it matter?

It’s important to understand whether the subjective effects of psychedelics are necessary, because that knowledge can help us better allocate scientific resources, including research grants and investment capital.

If the subjective and therapeutic effects are separable, we might be able to design new substances that are non-hallucinatory variants of classical psychedelics. Such drugs could produce therapeutic benefits without triggering hallucinations. That would allow large numbers of patients to take them without the need to train and deploy healthcare professionals to monitor patients, one at a time, while they have a multi-hour psychedelic experience.

If the psychedelic experience itself is crucial to the positive clinical outcome, however, we should focus more effort on designing therapeutic protocols mindful of this constraint.

This is your brain on a psychedelic trip

We don’t yet have definitive evidence for whether the human clinical effects of psychedelics require a psychedelic trip. But we do know how psychedelics initiate the experience.

Classic psychedelics (e.g. LSD, psilocybin, DMT) activate the brain’s serotonin 2A receptors (5-HT2A), which triggers the non-ordinary brain states that underlie the psychedelic effects. Here’s a key observation: 5-HT2A receptors also mediate the plasticity-inducing effects of these drugs. This means that the subjective effects—the trip—and the enhancement of neuroplasticity depend on the same receptor.

If you block the brain’s 5-HT2A receptors with another drug and then administer one of these compounds, the subjective effects are absent. Enhanced neuroplasticity is also absent—because you’ve blocked the receptor that makes it happen.

This is an important constraint. It suggests that if we’re looking to enhance plasticity without inducing hallucinations, we may need a drug that boosts plasticity through a different receptor.

That’s what we know at the neural level. What about the subjective personal experience of a psychedelic trip?

This is where we turn to human studies where people have been given psychedelics. In many of the positive outcomes recorded in these studies, patients often credit the hallucinatory experience as a critical part of their improvement. They find the experience of the psychedelic trip so emotionally salient that it often becomes the focal point for a patient’s subsequent “integration sessions” with a therapist.

While such testimony is powerful, it doesn’t necessarily prove that the hallucinatory experience was strictly necessary.

Death and psychedelics: How science is reviving this ancient connection

How do we know a trip is beneficial?

Here’s the evidence: Across a number of different studies, the strength of each patient’s mystical-type experiences tended to predict the size of clinical outcomes, including reductions in cigarette cravings, anxiety, and depression. (Yes, psychedelics are a potential nicotine-cessation tool.) Patients with more intense mystical-type experiences tended to see greater improvement.

One way to test this question would be to administer a psychedelic to patients so sedated that they have no memory of the trip, similar to what a surgery patient experiences. If the subjective effects are necessary for the full therapeutic benefits, heavily sedated patients should have diminished therapeutic outcomes. If subjective effects are unimportant, then sedated patients should see benefits equal in strength to previous studies.

This test may or may not be carried out, as patients may not be keen to participate in a study where the outcome could be a lack of therapeutic benefit. A more likely route: Novel drug variants can be tested in lab animals before moving on to trials involving human subjects.

We can’t know a mouse’s perceptions. A mouse can’t verbally tell us it’s tripping. But we can look for what are known as behavioral correlates.

When you give lab mice known hallucinogenic drugs, they display “head twitch response.” So if you give a novel drug to lab mice, and their heads twitch in similar ways, our best guess is that the drug is hallucinogenic. If the mice don’t head-twitch, the drug might not be hallucinogenic. This behavioral correlate is an indication, not absolute proof.

As it happens, scientists recently created just such a drug. It was derived from ibogaine, a powerful psychedelic tryptamine.

Ibogaine has shown promise for treating addiction and depression, but also has undesirable properties: It can have toxic effects (including cardiovascular abnormalities, i.e. heart problems), and induce intense hallucinatory experiences that last an entire day.

To create this new variant, scientists basically took ibogaine and chemically removed different pieces of it. One of the resulting drugs, called ibogalog, retained many of the therapeutic properties of ibogaine (in mice) but didn’t have the nastier effects. It also didn’t cause head twitching in mice. Tentatively, this means ibogalog could be safer than ibogaine, without intense hallucinations. But we don’t know for sure. Ultimately, we need to test it on humans.

Non-hallucinogenic variations may help, but not as much

My suspicion is that we will create non-hallucinogenic drug variants of psychedelics that have medical benefits, such as anti-inflammatory or antidepressant effects. However, these drugs may not work as well, or have effects as enduring, as those we have seen in humans taking psychedelics. This may be especially true for treatment-resistant forms of psychiatric conditions like major depression, PTSD, and end-of-life anxiety.

By definition, treatment-resistant conditions are those that have failed to respond to approved medications. While non-hallucinogenic variants will likely be created, I share the intuition of medicinal chemist David Nichols and wouldn’t bank on them having the same level of efficacy as psilocybin or MDMA, at least for severe human psychiatric conditions.

Dr. Nichols has been studying the effects of psychedelics for decades. In a recent conversation of the Mind & Matter podcast, he summarized his thoughts:

Working through the problems

Psychotherapy involves engaging in dialogue with a therapist. A psychedelic trip is often a kind of internal dialogue with oneself. Aspects of your psychology that don’t normally get a chance to speak up become front-and-center. If you spend time listening to patients describe the content of their psychedelic experiences, you find that (a) the imagery they experience is often directly relevant to their affliction; (b) they use language such as “working through” or “confronting” their problems. This is exactly what a therapist does.

Can psychedelic drug variants be as therapeutically potent when the drug does not elicit this effect? It’s conceivable. But consider an analogous question: would psychotherapy be as effective if you just sat in a room with your therapist but never said anything?

Sure, it might provide some benefit compared to being by yourself, but it’s difficult to imagine how it could be as effective as talking through your experiences and verbally working through their root causes.

FDA approval as a ‘breakthrough therapy’

Multiple forces are now converging to approve and fund more research. Academic researchers are working hard on the science, venture capitalists are funding a wave of new psychedelic startups, and the FDA has designated psilocybin a “breakthrough therapy.” Real scientific data and new treatment protocols should start emerging faster than ever.

It’s been half a century since Richard Nixon declared a War on Drugs and halted nearly all psychedelic research. In the coming months and years we should have a clear answer to many unanswered scientific questions—including whether psychedelic trips are truly necessary to realize the most profound and long-lasting mental health benefits.