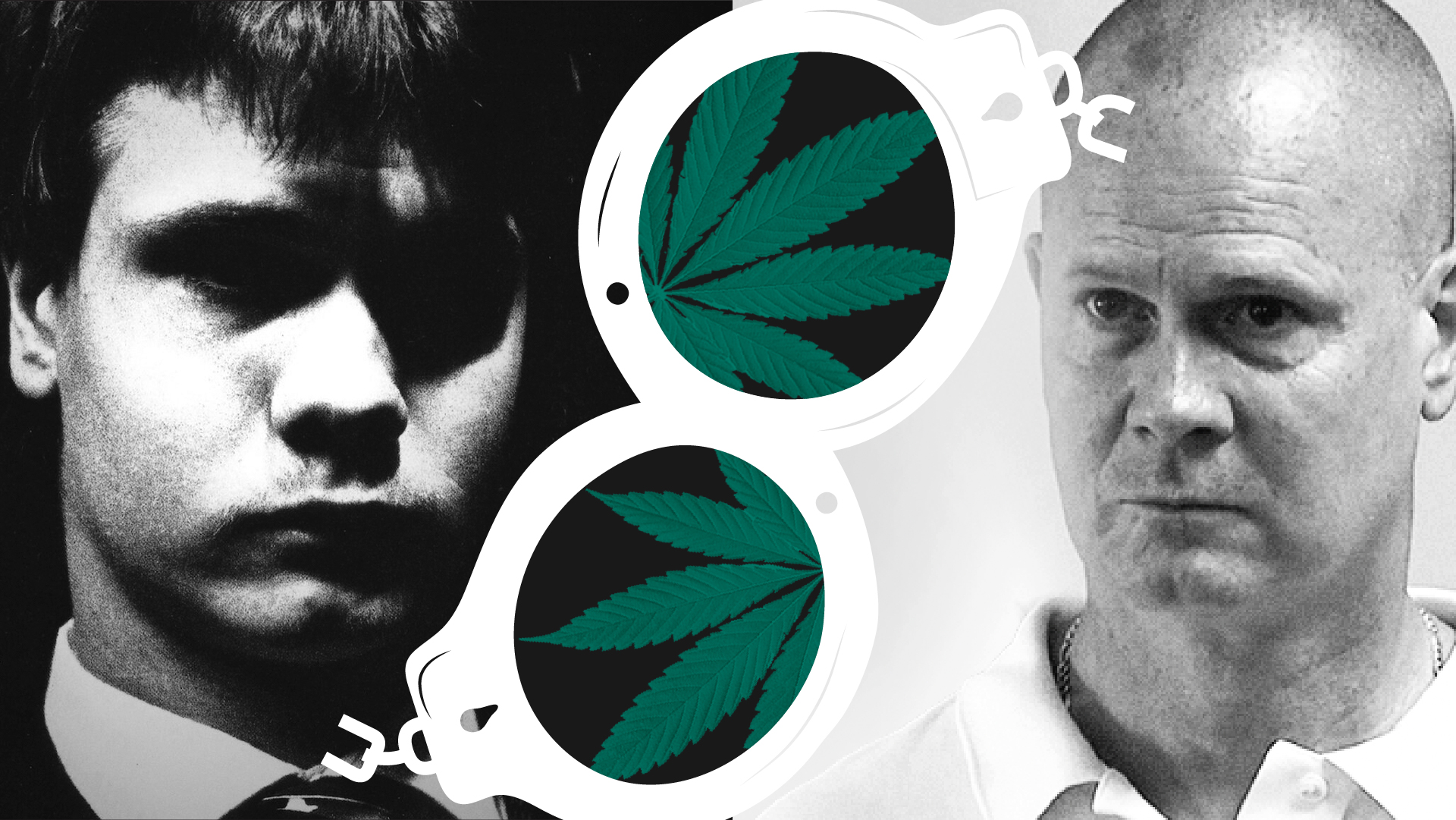 At the age of 14, Richard Wershe Jr., aka “White Boy Rick,” became the youngest FBI informant in American history. With his help, the feds took down some of Detroit’s biggest drug gangs. But in 1987, police received a tip that Rick had stashed 18 pounds of cocaine in his neighbor’s yard.

The 17-year-old was arrested and given a life sentence without parole, due to Michigan’s notoriously cruel 650-Lifer Law.

In 1998, that law was revised. As the years went by, the extent to which Wershe was exploited by the FBI and local police came to light. The legend of White Boy Rick began to travel far beyond the confines of Detroit. In 2017, the Netflix documentary White Boy told his story, and the following year the feature film White Boy Rick put his life up on the big screen—while he still languished in prison.

In July 2020, Rick Wershe was finally released. After serving 32 years for a nonviolent drug offense, he got out and found a country that was not only in the midst of a national reckoning with police violence and corruption, but one that had also evolved its attitude towards drugs, especially marijuana.

Now Wershe is back in Michigan, engaged to his childhood sweetheart, suing the FBI and the Detroit Police, and launching his own cannabis brand that aims to address issues of criminal justice reform.

The brand is called The 8th. It’s a reference to both the common marijuana weight measurement and the Eighth Amendment to the U.S. Constitution, which prohibits the imposition of cruel and unusual punishment.

The new brand, produced in partnership with Michigan based cannabis company Pleasantrees, will sell flower, vapes, merch, and more.

Wershe and Pleasantrees plan to go public with a limited edition of The 8th products in Michigan on Oct. 8.

I recently spoke with Wershe about The 8th and other developments in his life. To hear the full interview, click the bonus Roll-up podcast episode below.

Helping ‘the forgotten ones’ in prison

Leafly: Hey Rick. You’ve got such an incredible story and I want to get into it, but first tell me how this new cannabis brand came about.

‘I can’t change my mistakes, but I can show I’m not the person they made me out to be.’

Rick: To be honest with you man, I became friends with a disabled kid who would write letters to me while I was incarcerated. He sort of became a pen pal. At a certain point he didn’t want to take the pills they were giving him but his insurance didn’t cover cannabis. So I knew some caregivers who started giving him some free cannabis. Then when I got home I met with Pleasantrees and we talked and I felt like I could do some good in this space and give back.

Leafly: I’ve heard The 8th has a social justice and prison reform angle to it. How will that manifest itself?

Rick: The plan is to take a portion of the proceeds and give it back to jail diversion and prison reform. We want to help the people I call “the forgotten ones”—because when you’re in prison you’re forgotten. We’re also gonna educate people on what the Eighth Amendment is. Maybe you know now after reading about my brand, but did you know before that?

Rick: Thank you. Most people don’t know any of their constitutional rights. You have them for a reason. The Eighth Amendment says you can’t be the subject of cruel and unusual punishment. What about the Sixth Amendment: your right to an attorney. Most kids from the inner city don’t know that. Most adults don’t know that. So I want to use the brand to give back but also to educate.

Leafly: Is it surreal to spend all that time in prison for a nonviolent drug offense to then get released years later and see that there’s this evolved conversation around marijuana and drugs in general?

Rick: Oh, of course. I mean look, Oregon decriminalized all drugs. The attitude towards drugs has changed so much. I get to speak to judges and prosecutors and all types of people.

Everything I’ve been through and the journey I went on in my life, it gave me a platform. Before there ever was this upcoming series, where you know, Eminem is gonna play me, I’ve been an advocate for anybody doing twenty or thirty years for a nonviolent crime when you have child molesters who get three or four years. They’re the lowest form of criminal on the face of the earth but we give them breaks but we don’t give a break to an inner city kid who was trying to help his family, or just survive?

Sometimes people just do something to survive and then you turn out to be a bigger drug dealer than you wanted to be. But that doesn’t justify giving people life in prison.

Not a war on drugs; a war on inner city kids

Leafly: What do you think people get wrong when discussing the War on Drugs?

Leafly: You got out in July 2020, in the midst of a new national reckoning with police brutality and corruption. Was it encouraging to see that conversation happening?

Rick: It’s very encouraging. What happened to George Floyd should never happen to anybody.  The sad fact of the matter is that’s it’s been happening forever—we just didn’t have cellphones.

The day I was arrested, I was beaten so severely I ended up in the hospital. I was beaten to the point I couldn’t breath. They lied and said I resisted. How do you resist when you’re handcuffed and you’re 17? That’s what police did. They beat the fuck out of you. It was normal.

What makes a person think it’s okay to put their knee on someone’s neck and choke them to death? And most of the time these guys get off. Just because someone is raised in Beverly Hills and someone else is raised on the east side of Detroit, doesn’t mean they have different rights. It doesn’t say that in the Constitution. It says we are all equal.

Leafly: You seem to have such a productive and positive outlook and you’re trying to make something good of what’s befallen you, but do you ever feel anger and resentment for what happened in your life?

Rick: I don’t have any anger. I can’t change what happened to me. But I can try to make sure it doesn’t happen to another kid. Time is the most valuable commodity in the world and you can’t just get it back. When you take that from people by locking them up you don’t just take it from them, you take it from their family. I know what my kids went through.

I don’t want a pity party. Yesterday I was at a Detroit Lions game and a whole section started cheering my name. Every one of those people when I met them or took a picture with them thanked me and said they were sorry for what I went through. But I don’t want those people to be sorry for me. I want to show them that I’m not what the media and police said I was. They thanked me for what I do for the community and that’s what I want people to remember about me. That I’m a giver.

I can’t change the mistakes I made, but I can show that I’m not the person they made me out to be. I was never a menace to society. That was all to justify the crimes they committed against me.

Leafly: What do you have coming down the pike? Eminem is playing you in an upcoming series?

Rick: Eminem is playing me in the Black Mafia Family series. I recently met with 50 Cent, who is producing the show. He’s a great example of someone who defied the odds; though people called him a drug dealer and a menace to society, he turned around and became a businessman, a movie producer and a hugely successful public figure.

As for the documentary, its tentatively titled The Long Road Home. It documents the first week of me coming home, and tells my story. Unlike a lot of the stuff out there, it’s gonna be 100% true.

Rick says The 8th will have a limited release in Michigan on October 8th.