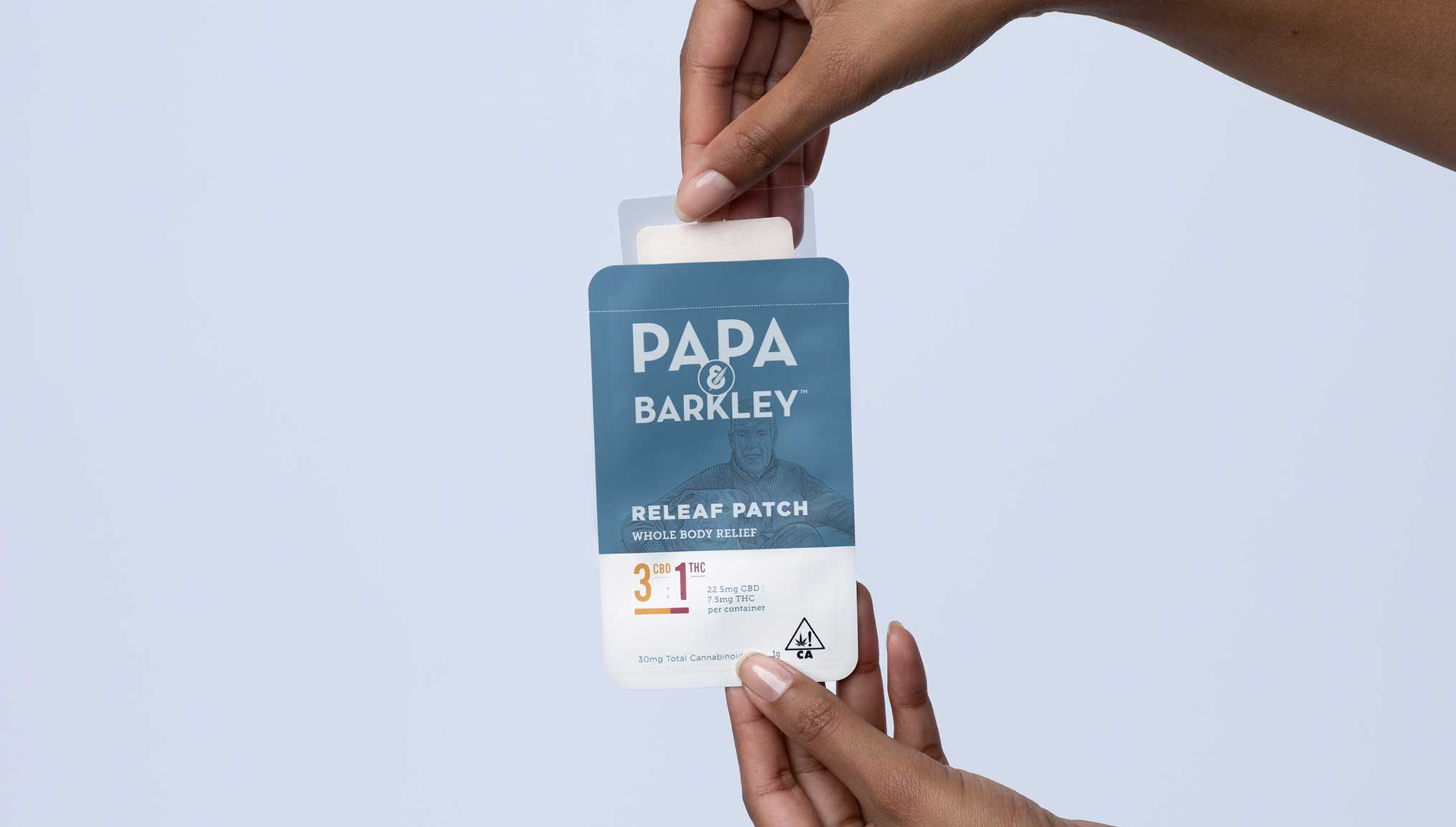 Menstrual pain—If you know, you know.

It can be mild or excruciating—like knives slicing through your insides, your lower midsection and back gripped in pain. I spent my early adolescence and college years taking an insane amount of Advil Liqui-Gels (still waiting on that stomach ulcer), often repeatedly pressing a heating pad against my lower abdomen to just somehow get the heat and relief to travel directly to my uterus.

That kind of targeted dulling of the pain is what I find in cannabis. It’s the closest I’ve come to a real, lasting sense of relief.

This probably goes without saying, but cannabis hasn’t faced the kind of double-blind, placebo-controlled trials other drugs have.

“We don’t even have enough studies to show that CBD gets through the skin, for example, into the bloodstream,” said Dr. Melanie Bone, an obstetrician-gynecologist in West Palm Beach, Fla. who specializes in cannabis.

Still, women have turned to cannabinoids for relief from menstruation symptoms for millennia. Cannabis’ main active ingredients—THC and CBD—interact with nerve cell receptors to mellow inflammation, pain, muscle spasms, and balance mood. The human brain, pelvis, and reproductive organs—male and female alike—are chock full of these CB1 and CB2 receptors.

“You give someone CBD cream, and they have pain management. But we haven’t really established how that happens,” Dr. Bone said.

Of course, everybody is different. And pain is such an abstract, impossible-to-measure thing. I’ve been using cannabis for this sort of pain relief for about several years, constantly asking for new product suggestions at dispensaries. I’ve tried creams, balms, patches, sprays, edibles, tinctures, and for this article, even a suppository (never wanted to try them before). This is what I’ve found, in my experience, works best.

Products reviewed in this article:

This spray is my all-time favorite product for menstrual pain relief. About three years ago, I walked into a dispensary in Silver Lake looking for Papa & Barkley transdermal patches. They didn’t have them but the guy behind the counter suggested this—he told me his girlfriend uses it for cramps. I was skeptical because I had tried so many other things that never worked. And the spray wasn’t cheap—around $50 at the time.

After trying it, however, I was a believer. The pain in my lower belly eased away, giving me a sense of relief so many other products have failed to deliver. This spray can reach up to around $70 with California’s heavy tax, depending on the store. However, it ends up being cheaper than transdermal patches for me. I had a 60 ml bottle (containing 60 mg THC) that lasted well over a year, and I can get multiple uses out of it during one menstrual cycle.

Dr. Andrew Kerklaan, founder and president at Dr. Kerklaan Therapeutics, worked as a chiropractor for 20 years. He often treated patients suffering severe menstrual pain or even endometriosis, he said, targeting “really tight muscles, muscle tension, lower back pain, and abdominal discomfort” through stretching, spinal work, and other chiropractic treatment. But once medical cannabis became legal in Canada, where he’s based, he started looking into it.

“I was really amazed at the kind of scientific physiological research as to how cannabinoids CBD or THC can help with muscle tension and pain perception and inflammation,” Kerklaan said. “I started to share that with patients and saw some amazing results with them.”

The brand also has a PMS cream available, which Kerklaan said his wife helped him develop. It has a “more soothing or calming” vanilla profile as opposed to the eucalyptus and peppermint in the spray, he said.

The science of cannabinoids versus periods

Medical experts and researchers suspect the endocannabinoid system, and its effects on hormones offer therapeutic opportunities.

For example, Dr. Bone flagged a certain type of hormone overproduction for which cannabinoids may promote homeostasis.

These lipids are produced during menstruation, and a higher number of them has been associated with inflammation and more severe uterine contractions, as explained in a study published last year in the International Journal of Environmental Research and Public Health.

“The prostaglandin pathway shares a lot of similarities with the cannabis pathways. And so it seems to me that the cannabinoids (THC and CBD) can set out reactions that end up decreasing the number of prostaglandins in the pelvis,” Bone said, describing this theory as “a pretty common thought about the way it might work.”

The first time I used this patch, it felt like the pain in my lower abs was literally being melted away. Like a massage to my insides. This is my go-to when my cramps are super extreme—when Advil, smoking cannabis, a warm shower, and a heating pad is all just not cutting it. It’s a slow-release transdermal patch intended to give 12 hours of pain relief. I stick it onto my lower abdomen, and it can usually get me through an 8-hour workday.

Since I have a pretty high tolerance, I purchase the 1:3 THC-rich ratio—they offer varying CBD: THC ratios in their products. If you have a tolerance on the lower side, or just don’t want to be feeling too high, you should probably opt for the 1:1 CBD: THC ratio, said Sara Kern, a brand spokesperson. She said the patches are a fan favorite for cramps.

“We are looking to add products like suppositories, which are very effective when it comes to things like endometriosis,” Rocourt said.

Endometriosis—a condition in which tissue similar to the lining of the uterus grows in other parts of the body—can leave one with particularly painful, even debilitating menstrual cramps among other side effects.

This patch usually retails for around $15. Dispensaries around Southern California, where I live, sell it for around $13 to $20. So it’s not the most affordable option since it’s a one-time use deal. But, for me, it really works.

In my experience, shopping at dispensaries in SoCal, Mary’s Medicinals’ transdermal patch is typically around $2 to $5 cheaper than the Papa & Barkley one. I sometimes buy it when I don’t find the other brand, and it works alright. But to be totally honest, the relief feels a lot less intense. It’s kind of a dull, not completely satisfying feeling—similar to what I get from Advil.

The THC patch contains 20 mg of THC compared to the 30 mg of THC in Papa & Barkley’s 1:3 THC-rich Releaf Patch. But I don’t know if it’s just a potency thing because it also felt like the little bit of relief I did get was brief, definitely not lasting the full 10 hours I can get out of other products.

Nevertheless, this still works better than a lot of other things I’ve tried, just not as well as many of the other products on this list. If you have maybe a lower tolerance, tighter budget, or your cramps are just not too extreme, it could be a pretty good option. Once again, everybody is different.

Humboldt Apothecary was recommended to me by a female dispensary employee, who described it as her favorite product for menstrual pain. Like the spray and patches, it’s easy to apply. You just glide it onto the area where you’re feeling the most pain. It has a distinct minty scent since it contains menthol as well as some essential oils. Here in SoCal, I’ve found it being sold for about $30 with tax. That’s not too bad considering it has 75 mg of THC and 75 mg of CBD. In fact, it’s roughly the same cost as two Papa & Barkley patches but you get a lot more than just two uses.

I find this to be nearly as effective as those patches and the Dr. Kerklaan spray but it’s just a fraction of the cost, at least in my experience. Humboldt Apothecary is a pretty well-respected brand so the pricing isn’t too bad given the quality.

More than once, I’ve been told by a dispensary employee that I just have to try them. A few months ago, I finally gave in and purchased a $12 pack of one suppository: an 1-inch piece of cannabis-infused cocoa butter bullet containing 57 mg THC and 11 mg of CBD.

It sat in my desk drawer until I wrote this article. To be honest, the idea of inserting something vaginally during my period is just not appealing. Like at all. I’ve wanted to be open-minded, but yeah, just wasn’t into it.

Well, for the purpose of this article, I finally used it. And I have to say—it did release some tension in my lower abdomen after about an hour (the product states it takes anywhere from 15 minutes to an hour to kick in). But it didn’t give quite the level of relief I’ve received with other products. And with topicals, I don’t have to go through the extra, unwanted task of inserting a suppository. I mean, I already have to deal with tampons.

Still, it bears repeating: What works for me may or may not work for you. I’ve seen positive testimonials in countless articles and reviews online; former Leafly editor Lisa Rough wrote of her experience using Foria: “Warm, golden waves emanated from my vagina throughout the rest of my body.”

All in all, I say it’s definitely worth a shot if you want to try something new and don’t have the same weird discomfort with it that I do.

Foria also offers a CBD Relief Salve specifically formulated for menstrual cramps that can be purchased as part of a “Cramps Be Gone” package, which also comes with an 8-pack of CBD suppositories.

Weed vs Aunt Flo through the ages

Need more convincing? The earliest medicinal uses of cannabis can be traced back more than 2,000 years ago to ancient China and Egypt, where it was closely associated with obstetrics and gynecology.

A plant known as shemshemet, widely believed by historians to be cannabis, was ground in honey and used by the Egyptians as a vaginal suppository to “cool the uterus,” healing pain from either menstruation, labor, or other gynecological issues, according to a medical tome from 1500 BCE known as Ebers Papyrus.

When medicinal uses of the drug later reached Europe, Queen Victoria’s personal doctor, Sir John Russel Reynolds, prescribed a cannabis tincture to ease her menstrual and postpartum pain. In 1890, he wrote in The Lancet: “When pure and administered carefully, it is one of the most valuable medicines we possess.”

Know a legit cannabis strain or product for menstrual symptom relief? Comment below.

Marissa Wenzke covers cannabis in Los Angeles for Leafly. She is a graduate of Columbia Journalism School and works as a digital news producer for KTLA newscasts.