Smoking Blends: What Herbs Can You Smoke With Cannabis? - Read of Green 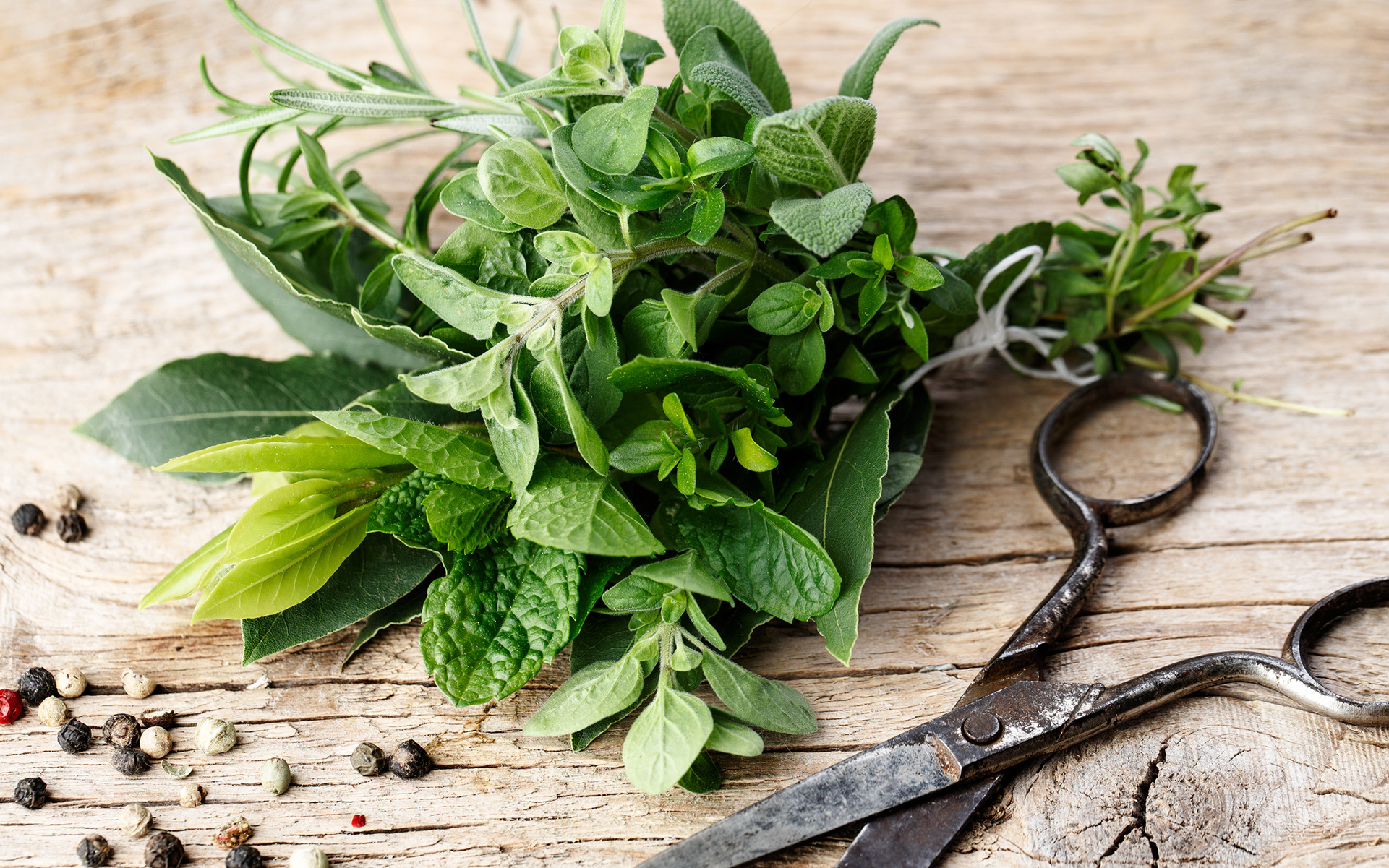 There’s a visceral feeling attached to the act of smoking: the flicker of flame, the herbs turning to ash, the taste and the curl of smoke as it exits your lips. For the smoker, it is often a ritualistic part of the day—sometimes performed alone, sometimes with company, but always with an herb of choice.

Straying from cannabis or tobacco is somewhat uncommon, but there are a variety of herbs out there that can be enjoyable to consume on occasion as well, either by themselves or coupled with an herb like cannabis. Their purposes can range widely. Some are relaxing; some can be smoked legally in public; some provide tobacco alternatives for spliff lovers; some are a good base to add to joints for the purpose of conserving cannabis reserves. As for those who simply like to explore new botanicals or craft smoking blends, these herbs simply offer a sensory adventure.

On my own smoking journey, I acquired several organic herbs to see which ones paired best with cannabis. Read on to learn about the flavor, aroma, and body of some lesser-known smoking herbs, and how they can complement the flavors of your favorite strains. (Before you consume any of them, though, always consult a healthcare professional regarding potential contraindications or side effects of new substances.)

Passionflower is a perennial climbing vine, indigenous to several regions including South America, Asia, and parts of the United States. The plant boasts beautiful flowers with unique, intricate petals in a flamboyant display.

Passionflower is said to quell anxiety, soothe the mind, and calm restlessness.

At first whiff, passionflower may not seem too appetizing. I found it to have a strong grassy smell that was generally unappealing. However, upon smoking it, it was discovered to have a more palatable profile. The flavor is earthy, with a mellow, clove-like aftertaste and a bit of bite. It was a pleasant, smooth smoke.

The herb is very bright and visually pleasing, with a variety of interesting shapes and shades to its leaves. It has large stems to pick out, but I found the herb to be easy to break up and roll. Passionflower has a subtle, mildly sedative effect that is soothing to the nerves.

Passionflower is a beautiful complement to a cannabis high. Its mildly sedative effects are perfect for balancing out potent, high-THC strains that some users may find too stimulating. In addition, passionflower has a warm, clove-like flavor that pairs nicely with spicy strains dominated by caryophyllene—the peppery terpene—such as Hash Plant.

Side effects of passionflower are uncommon but can include nausea, rapid heartbeat, vertigo, or vomiting, among others.

Damiana is a shrub native to regions such as South and Central America, the Caribbean, and Southern Texas. The plant produces bright, attractive yellow flowers. Its aromatic blossoms eventually give way to fig-like fruits later in its season.

Damiana has been used traditionally as an aphrodisiac since ancient Aztec and Mayan times. It is also reported to have soothing, relaxing effects on the body and mind.

Damiana is pleasing in look, smell, and taste. It is a flavorful herb, best described as minty and spicy, with a hickory-like taste. Overall, it delivers a smooth smoke. Its scent fits this profile as well, being mildly spicy, with hints of anise and citrus.

Its small, green leaves are easy to break up, with hardly any stems to remove. It rolls easily and burns very slow and clean. The effects of damiana were found to be relaxing and mood enhancing. It was soothing to the nerves and has subtle, pleasing, euphoric effects. Of all the herbs I smoked, damiana emerged as my favorite (apart from cannabis, of course).

Damiana on its own is a very relaxing herb, so when paired with cannabis it creates an herbal smoke cocktail built for releasing tension. To create such a spliff, pair it with a soothing indica strain. Damiana’s hickory and mint flavors are also well suited for a bright but earthy strain such as those high in pinene—the piney terpene. For a strain that fits both of these bills consider the hybrid Super Silver Haze.

There are few side effects of damiana use, however there is some evidence it can affect blood glucose levels, so those with diabetes and low blood sugar should proceed with caution. Additionally, some serious side effects have been reported from those taking large doses (about 200 grams) of damiana extract.

Mugwort has purple stalks and dark green leaves, and grows in North America, Northern Europe, and Asia. This herb has a history of uses connected to the uterus and menstruation issues. It is also said to help address stomach issues, anxiety, and low energy levels, and it can reportedly induce lucid dreams, among other uses.

Mugwort has a scent akin to green tea and a taste reminiscent of sage. It is spicy and nutty with a touch of musk that can be likened to a mild cigar or cigarillo flavor. It has a slow, smooth, even burn and produces light plumes of smoke that are sometimes a little harsh. However, it can be pleasant and enjoyable in small quantities.

Mugwort is fluffy and soft with a cotton-like quality that allows the herb to stick to itself, making it easy to roll. There are many stems but they are simple to pick out.

Among its historical uses, mugwort is said to induce lucid, vivid dreams. Personally, I did experience very active dreams but this is already a common occurrence for me, so I am not able to offer a conclusive report on the herb’s effects on sleep and dreams.

Mugwort may not have any overtly sedative or relaxing effects the way cannabis can, but it still makes an excellent herb to fill a spliff. Due to its reported ability to affect dreams, it’s a particularly good choice for a soothing bedtime medley. Its sage flavor pairs delightfully with strains high in linalool—the lavender terpene. Try G13 for a sweet tasting strain that will lull you to sleep for a night of mugwort-enhanced dreams.

Mugwort can have side effects and is not safe for use by anyone who is pregnant or breastfeeding. In addition, it may cause an allergic reaction in some with allergies to certain plant families.

Native to Asia and Europe, the short, shrubby mullein plant produces tall, colorful flowers and is most often perennial or biennial. For centuries, it has been smoked for its relaxing respiratory qualities. It is also said to have sedative and diuretic effects.

Mullein has an aroma akin to black tea, and when smoked produces a smell reminiscent of a campfire. Its flavors are very light with woodsy undertones and a hint of cedar. It is a mellow herb, often used as a base in smoking blends, and though it has its fair share of bite, it offers a very smooth smoke and burns evenly.

Mullein is very fluffy with soft fibrous leaves reminiscent of cotton or wool. It is easy to break apart and separate from the large stems. Due to its light and airy quality, it takes a little finesse to roll but is generally doable. I found it to make an excellent base herb with a mild, calming effect on a lingering cough.

Mullein, at its heart, is the perfect base for an herbal smoking blend, and can be used for various purposes. It works with sativas that will hold your attention while you study or indicas to unwind after a long day.

Its flavor is also subdued, allowing cannabis’s unique taste to shine through—this herb is a quiet sidekick that keeps the focus on the cannabis.

There are no noteworthy known side effects of mullein, though those who are pregnant or breastfeeding should consult their doctor or avoid use altogether.

Rae Lland is a freelance writer, journalist, and former editor for Weedist and The Leaf Online. With a focus on culture, music, health, and wellness, in addition to her work for Leafly, she has also been featured in numerous online cannabis publications as well as print editions of Cannabis Now Magazine. Follow her on Instagram @rae.lland