What are the strongest high-THC weed strains? - Read of Green 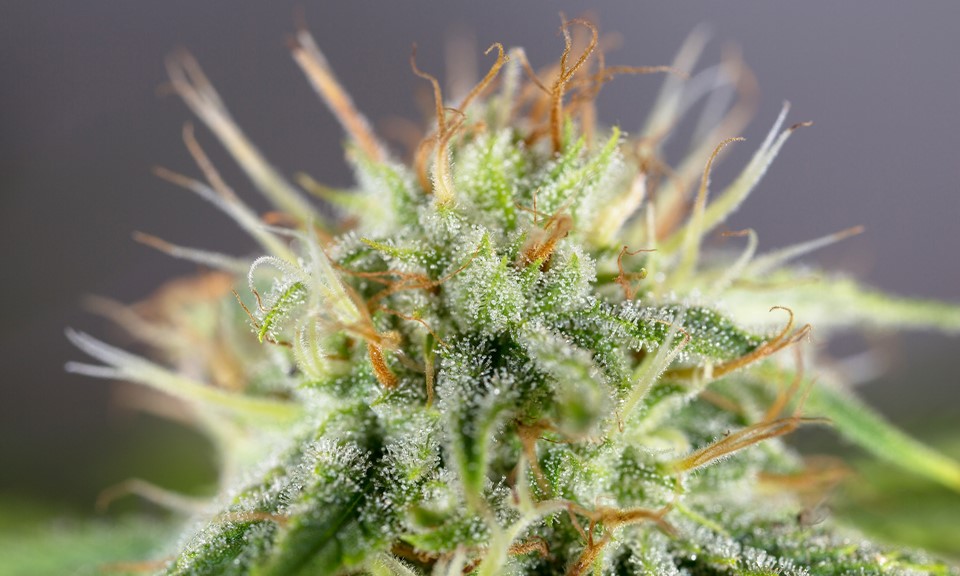 Hiding in a white cloak of crystal resin, Ghost OG is a strain that is bred for its high-octane euphoria. Said to be a cut off the original OG Kush, Ghost OG’s potency is toned by a symphony of terpenes that fuel this strain’s powerful THC engine. Find a comfy seat and prepare to be swept into a powerful, euphoric current perfect for relaxing.

Bruce Banner, appropriately named after the Hulk’s alter ego, is a heavy-duty hybrid with a staggering THC content. Rated the strongest strain in 2014 by High Times following its victory in the 2013 Denver Cannabis Cup, Bruce Banner has since carved itself quite the reputation. Powered by OG Kush and Strawberry Diesel genetics, Bruce Banner delivers a dizzying punch of euphoria that anchors your body in deep relaxation.

Bred by Rare Dankness Seeds, Ghost Train Haze has proven to be a lively and vigorous strain. Inheriting genetics from Ghost OG and Nevil’s Wreck, Ghost Train’s potency takes form in a jolt of euphoric energy that goes straight to the head, feeding focus and creativity.

Chemdog is a classic strain whose unforgettable potency keeps a vice grip on its fan base. Ripe with the scent of acrid fuel, Chemdog delivers an unforgettable flavor profile alongside its invigorating euphoria, inviting creativity alongside firm stress relief.

Original Glue is named for the stickiness of its resinous buds, and this strain certainly lives up to its name. Multiple Cannabis Cup awards serve to back up the legends of Original Glue’s potency, but we doubt you’ll need the proof once you’re stuck to the couch in stupefied contentment.

Named for the whiteout of crystal resin cloaking her buds, The White has become a godsend for breeders looking to improve the potency of their genetics. The White delivers a disorienting blizzard of euphoric delirium that commands relaxation.

Using its great psychoactive forces, this Sensi Star and Sour Diesel hybrid known as Death Star commands you to chill out as it imposes powerfully euphoric and sedating effects.

Born from The White and Fire OG, White Fire OG (also known as WiFi OG) is a force not to be trifled with. Uplifting euphoria launches your mood into the clouds with an elevated feeling that will shake creativity and happiness wide awake.

Looking for more strains? Check out this list of heavy-hitters.