Can police really smell cannabis in your car? - Read of Green 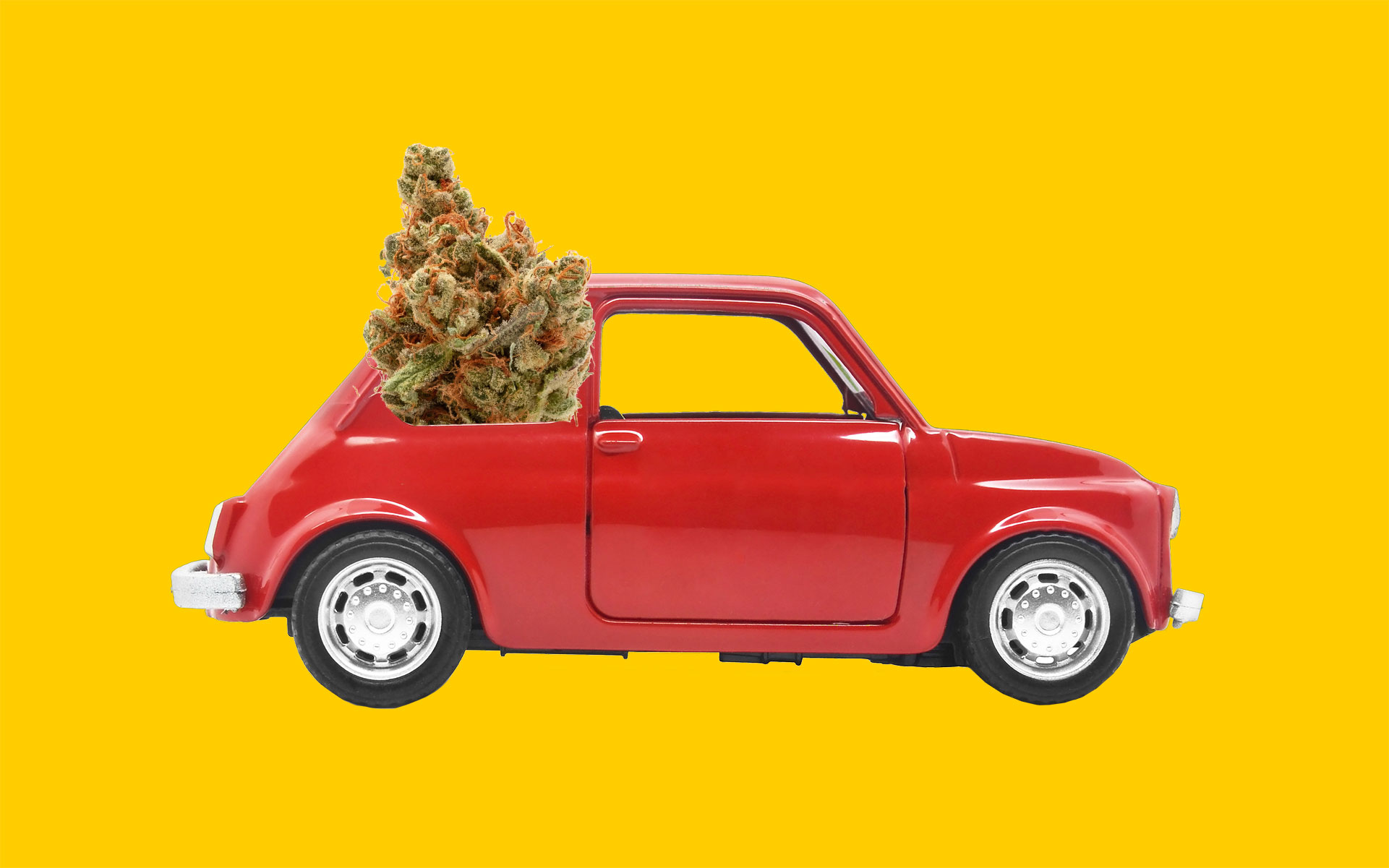 It’s difficult to imagine that 52 pounds of cannabis wouldn’t smell, but a new study, inspired by the real arrest and confiscation of a massive amount of tightly sealed cannabis, suggests it’s possible. Though the study tested two ounces instead of over fifty pounds, the results could change the way defendants fight police searches based on the “in plain smell” doctrine.

In the study, which will be published in the March 2020 issue of Science & Justice, two researchers found that people can’t smell marijuana packed in double vacuum-sealed bags. The study examined the ability of the human nose to identify marijuana when it was packaged in different ways. The scent was still obvious in casual packaging like Ziploc sandwich bags, but heavier plastics and seals stopped the odor from escaping, according to the study.

“In plain smell” is a common sense law enforcement doctrine that allows police to search property if they detect the odor of marijuana. Such searches are common, especially in vehicle stops, but with marijuana laws changing, smell-based searches are getting challenged in courts across the country​.​

“There’s a lot of anecdotal evidence that at least some officers say they smell it when they don’t,” said Alex Kreit, an expert in marijuana law and visiting researcher at the Ohio State University Drug Enforcement and Policy Center.

The ‘in plain smell’ law

A common situation that shows the flaws of the doctrine is a when a smell-based search turns up cocaine, but not marijuana. An officer may suspect drug possession and say they smell marijuana in order to search a car, when in fact there was no evidence of any marijuana that they could have smelled.

“That type of fact pattern suggests that they just wanted to search the car,” said Kreit.

The US Supreme Court ​has ruled that as long as an officer pulls someone over for a legitimate ​reason, the officer’s motivation is irrelevant. A cop could see a car, decide it’s suspicious, and follow it around until the driver does something illegal, Kreit explained. And every driver eventually does something, even if it’s driving one mile above the speed limit.

Once the car is pulled over, the plain smell doctrine can come into play as probable cause. But the one-two punch of broad possibilities to pull someone over and reliance on the human nose leaves the door open to profiling.

On a wintry day in 2017, Colorado State Trooper Shane Gosnell pulled over Mike—his name has been changed to protect confidentiality—to the side of I-70 for a minor traffic infraction. Gosnell saw him driving slow in the passing lane, followed him for four miles, and then pulled him over, Gosnell wrote in his arrest report.

“I could immediately observe the odor of raw marijuana coming from the vehicle,” wrote Gosnell, a member of a police section that works on highway narcotic smuggling. He conducted a probable cause search based on the odor and “other indicators,” according to the report.

The stop and search revealed a rubber-banded wad of thousands of dollars in cash, a secondary cell phone, and two duffle bags filled with about 52 pounds of marijuana. Gosnell arrested Mike for improper use of the passing lane and possession with intent to distribute.

Can you really smell cannabis in a car?

Mike’s defense lawyers took a novel approach in challenging the search: science. They hired Dr. Avery Gilbert, a scientist who specializes in odors, and Dr. Joseph DiVerdi, a chemistry professor at Colorado State University, to examine the evidence at a state police station.

“There’s long tables just filled with bagged weed. I’d never seen anything like it,” said Gilbert. The defendant’s marijuana was still in the double vacuum-sealed bags. “Coming as close as we could to sniffing those packages, I couldn’t smell a damn thing.”

With the cooperation of the police, Gilbert and DiVerdi collected extensive air samples. First they took samples of the air inside the evidence bags that held the vacuum packs, said Gilbert. Then Gosnell filled the confiscated duffle bags with the marijuana and DiVerdi took air samples from inside the duffels.

Back in their lab, they tested for concentrations of six terpenes, the compounds that give marijuana its odor. They ran the samples through a gas chromatography machine to separate and analyze the compounds.

The science backed up their supposition. The terpene levels were all too low to be detectable by people, said Gilbert. Their report is confidential because the case did not go to trial. Instead, the defense attorneys and the prosecutor reached a plea agreement.

Mike pleaded guilty to possession with intent to distribute, receiving a two-year deferred sentence—in which jail time is suspended subject to probation—a $13,500 fine, and 48 hours of community service, according to court records. The defense lawyers declined to comment. The District Attorney’s office did not respond to multiple requests for comment.

The science of smelling cannabis

With that case under their belts, Gilbert and DiVerdi set out to​​ test the human olfactory ability to smell marijuana in a laboratory setting. The results of their study (mentioned above) could offer a new type of defense against certain plain smell searches: marijuana in double vacuum-sealed plastic doesn’t stink.

They set up a standard experiment with a forced paired choice: a participant smelled two samples and had to choose which one contained marijuana. They used two different marijuana strains, one citrusy and pungent, the other earthy and herbal, according to the study.

They chose four different packing methods based on real life examples: Ziploc bags, thin plastic produce bags, pop-top canisters, and a vacuum-sealed heavy plastic bag inside another vacuum-sealed bag. They also tested an open bowl with marijuana as a baseline. After filling the packages with marijuana, they left them in large buckets for an hour to let the odor accumulate and then asked the study participants to smell and choose.

Twenty-one people familiar with cannabis were blindfolded and individually tested on the ten sample pairs.

The open glass bowl, the Ziploc bag, and the produce bag were all immediately identified by all of the participants. The dispensary-style canister yielded mixed results, but most people could still correctly identify the marijuana sample.

However the vacuum-sealed samples stumped participants. They ​did no better than they would have by flipping a coin, getting it right half the time.

“People would struggle,” said Gilbert. They went back and forth repeatedly between the two buckets to re-sniff.

Celia Gorman is a science journalist and video editor based out of New York. She holds a master’s in digital journalism from the CUNY Graduate School of Journalism and previously worked as an Associate Editor at tech magazine IEEE Spectrum, where she developed and ran an award-winning video section.