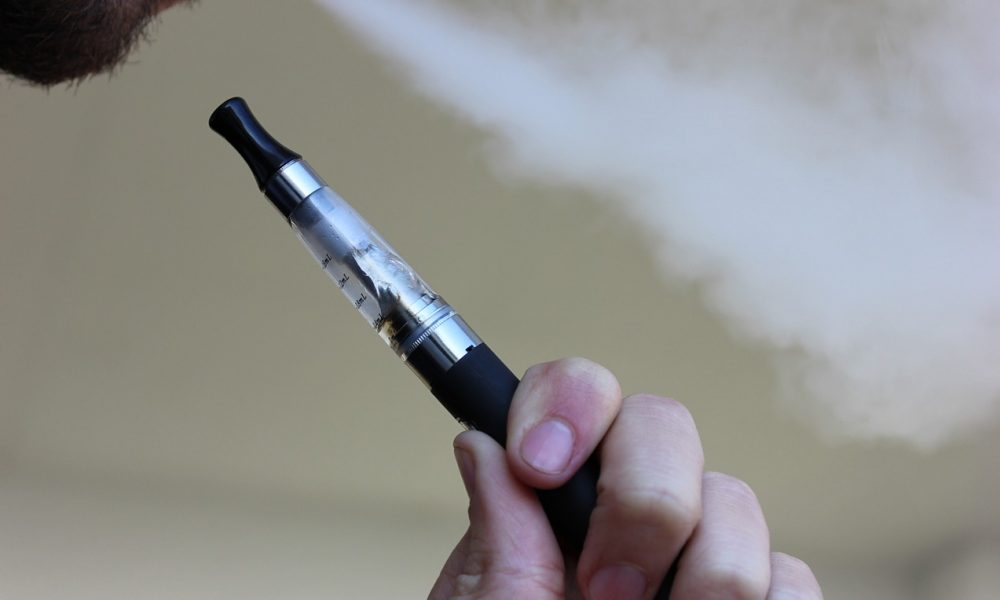 New federally funded research has identified another public health protection that is associated with states enacting laws to legalize marijuana.

Just before the COVID-19 pandemic, an outbreak of a different mysterious respiratory disease emerged among some users of cannabis concentrates and e-cigarettes. Eventually linked to an additive found most commonly in unregulated marijuana vape cartridges, the illness sickened nearly 3,000 people in the U.S. and killed 68, according to the Centers for Disease Control and Prevention (CDC).

A recent study of the outbreak, published late last month in the journal Drug and Alcohol Dependence, analyzed the relationship between state cannabis policies and the prevalence of the illness, known as EVALI (e-cigarette and vaping-associated lung injury). It found that in states where cannabis was legal for adults, or where medical marijuana patients could legally grow their own cannabis, EVALI was significantly less prevalent.

Specifically, states with adult-use marijuana laws in place during the 2019 outbreak had a 42 percent lower incidence of EVALI cases, according to the study, which received funding from the National Institute on Drug Abuse. And while state medical marijuana laws themselves seemed to have no significant association with prevalence of the disease, medical marijuana states that allowed home cultivation had a 60 percent lower EVALI incidence compared to those forbidding it.

“Recreational marijuana laws were associated with reduced EVALI incidence, whereas the relationship’s direction for medical marijuana laws depended on their policy attributes,” says the report, authored by Yale School of Public Health professor Abigail Friedman and Meghan Morean, a psychiatry research scientist at the Yale School of Medicine.

“States in the highest EVALI-quintile tended to either ban all marijuana use or have [medical cannabis] laws prohibiting home cultivation,” the researchers wrote. Most states with adult-use laws, meanwhile, “fell into the lower two quintiles for EVALI prevalence,” the study says.

The findings support what legalization advocates have long argued: that access to safe, legal cannabis is far preferable from a public health standpoint than sales on the illegal market, where products are unregulated and rarely tested for safety.

“Simply put,” the study says, “if the public can obtain products legally from reputable sources, there is less demand for illicit products.”

“EVALI incidence was about 40% lower in states with [recreational marijuana] legalization.”

A top CDC official suggested in 2019 that the regulations that come along with legalization can help protect consumers.

“I do think that labeling and information can help people know what they’re getting and then the systems that are there to enforce that the product is what it says it is can also help the consumer,” she said.

One exception to the trend in the new study was Massachusetts, which despite having legal adult-use marijuana, was in the highest EVALI quintile. But the researchers noted that this “may be explained by the fact that Massachusetts’s [recreational marijuana] law went into effect almost two years before its first licensed dispensary opened, a delay that could have strengthened the informal market in the interim.”

Massachusetts also banned the sale of all vape products, including both cannabis and e-cigarettes, from late September to mid-December 2019, meaning the only way for consumers to access those products was through the illicit market.

Previous research has observed that states with legal, regulated cannabis markets saw lower rates of EVALI. But authors of the new report said their analysis “is the first to show a relationship between MM [medical marijuana] policy and EVALI.”

In addition to looking at home cultivation, researchers also categorized state medical marijuana laws by whether or not they had an operating dispensary and whether they prohibited unprocessed, smokable cannabis.

Whether a dispensary was open to patients in a given state “yielded statistically significant estimates in all specifications,” the authors wrote. Forbidding smokable cannabis seemed in general to increase EVALI prevalence—at least after omitting from the analysis states that prohibited smoking cannabis but nevertheless sold smokable cannabis flower in dispensaries.

“Marijuana policies may offer a means to reduce the scale of such outbreaks if they impede the market penetration of contaminated products or affect the types of marijuana products consumers use.”

Though it may seem counterintuitive that smoking cannabis could in some cases be less dangerous than vaping, the study’s findings reflect that EVALI was caused by a chemical contaminant, vitamin E acetate, primarily used as a cutting agent in unregulated cannabis vape cartridges.

From that perspective, it makes sense that the findings generally showed that “policy attributes linked to lower EVALI incidences were also associated with reduced likelihoods of vaping as one’s primary mode of use.” During an outbreak of contaminated vape cartridges, avoiding vape cartridges turned out to be effective.

Authors acknowledged some limitations to their findings. One was data-gathering, as researchers relied on state-reported EVALI case data, which may be inconsistent from state to state. The illness itself is known variously as EVALI, VAPI (vaping-associated pulmonary injury) and VALI (vaping-associated lung injury).

Trying to distinguish between types of cannabis use also proved to be a challenge. Both cannabis concentrate and flower can be consumed in a vape, but only concentrates were implicated in the EVALI outbreak. (Dissecting the data can get confusing. As part of their statistical analysis, researchers at one point employed what they called “a vaping-or-dabbing indicator,” explaining that “Dabbing via a ‘dab pen’ is functionally equivalent to vaping marijuana concentrates, though dabbing with a ‘dab nail’ may involve combustion.”)

Authors also wrote that the were unable to assess policy differences within the 10 states that had implemented adult-use marijuana laws prior to 2020: None prohibited smokable marijuana, for example, and only Washington State forbids home cultivation for personal use.

Another limitation is that the findings are merely observational. “Although these findings are not causal, they provide direction to states that have passed or are considering MM legalization,” the report says. “Specifically, to the extent that such policies affect licit and illicit marijuana use, policymaking not only must ensure the safety of legal products but also should consider potential impacts on illicit market offerings.”

“To the extent that policymakers seek to leverage marijuana policies as a means to reduce the risk of future outbreaks,” it concludes, “close attention to these laws’ details, particularly those expected to affect mode of use, will be critical.”