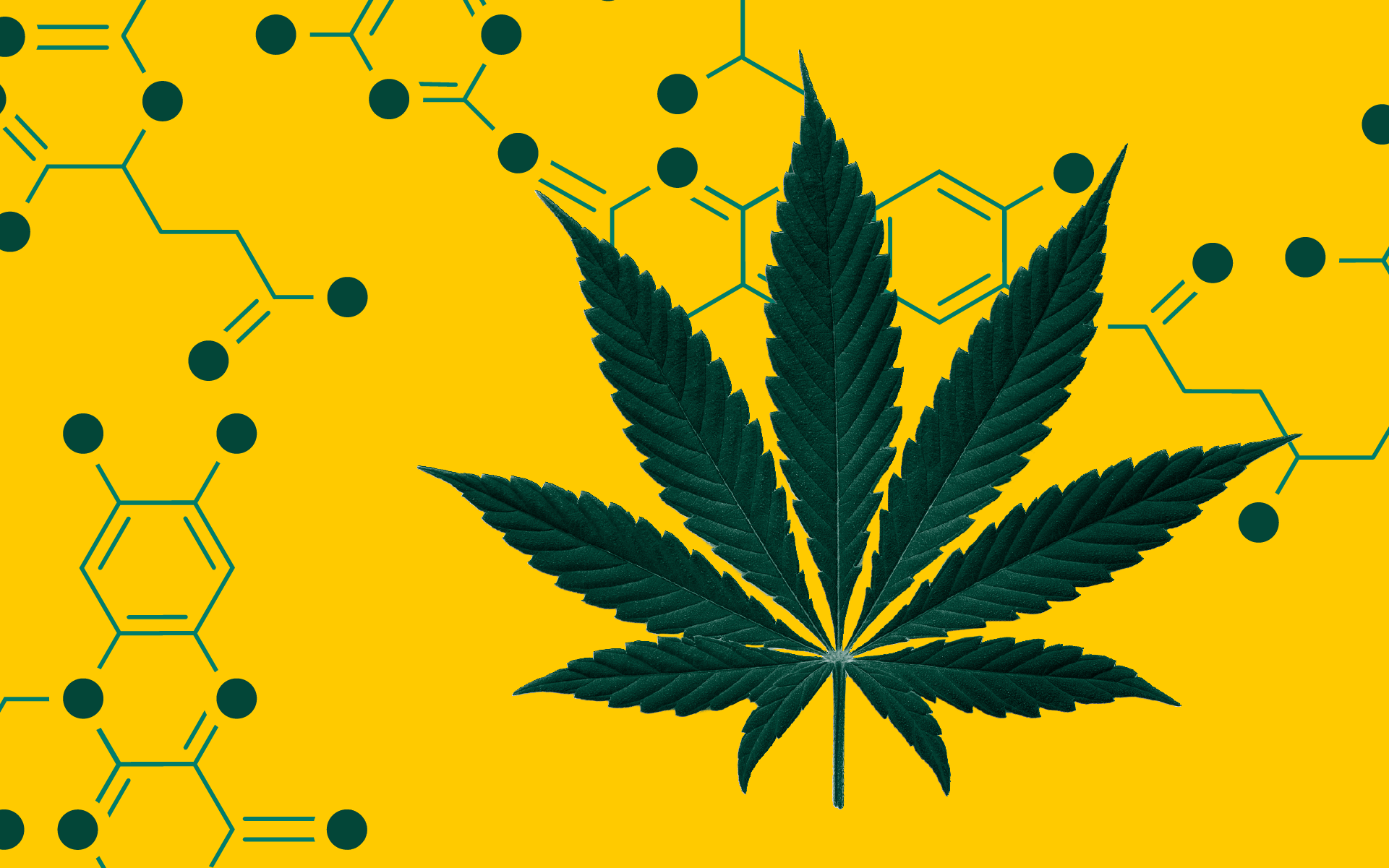 Cannabis is the botanical gift that keeps on giving. As research into cannabis ramps up, the chemical complexity and potential of the plant are becoming ever more apparent. On the cusp of 2020, a group of Italian researchers announced the discovery of two new cannabinoids: meet THCP (tetrahydrocannabiphorol) and CBDP (cannabidiphorol). If the names look familiar to THC and CBD, that’s because they are similar in both structure and function.

At present, almost 150 phytocannabinoids have been detected in the cannabis plant, although few have been isolated and studied. While this has been due in part to legal reasons—cannabis is still illegal at a federal level in the US, rendering research tricky—it’s also because most strains of cannabis are THC- or CBD-dominant, making the isolation and study of minor cannabinoids challenging.

However, this is changing. Cutting-edge spectrometry—which is used to identify unknown compounds in cannabis—and advanced analytical techniques better enable the identification of new cannabis compounds.

The group of researchers who released the study have been industrious in profiling cannabis and also identified two other cannabinoids, THCB and CBDB, last year. Aside from the novelty of getting better acquainted with the plant and its myriad cannabinoids, identifying previously unknown cannabis compounds also holds immense therapeutic implications.

In this case, all signs are pointing to THCP being a potential game-changer. So what’s so unique about this new cannabinoid?

THCP: What happens when you enhance THC’s binding ability?

In the newly discovered THCP molecule, the researchers found that a critical side chain in the molecule’s structure is elongated, with seven links. In comparison, regular THC has five links. To provide further context, naturally occurring cannabinoids with more than five links in this side chain have not yet been detected in cannabis.

The length of this side chain has been shown to play a vital role in the effects THC exerts over the body’s CB1 receptors (brush up on your knowledge of the body’s endocannabinoid system here). A minimum of three links is necessary to bind THC to the receptor, with binding affinity peaking at eight links before it starts to decrease in activity again.

The molecular structures of the newly uncovered cannabinoids CBDP and THCP. (Scientific Reports)

Like THCP, CBDP also has a longer side chain of seven links, rather than five links. According to the researchers of the study, however, while the investigation into the anti-inflammatory, antioxidant, and anti-epileptic activity of CBDP will be ongoing, it’s currently not a priority.

Why? Because it has already been established that CBD has a poor binding affinity with both CB1 and CB2 receptors, so it’s possibly unlikely that a longer side chain will assist CBDP in binding more effectively with the body’s receptors.

As the researchers point out, however, science can hold great surprises, and future research may prove that CBDP has concealed potency or therapeutic qualities we’re currently unaware of.

What are the implications of these findings?

One critical implication the study stresses is that THCP could account for why cannabis can provoke such disparate experiences in consumers. As the researchers took care to emphasize, there’s an astonishing variability of subject response to cannabis-based therapies, even with equal doses of THC.

While we’ve always thought the plant’s psychotropic effects are primarily due to THC, they may, in fact, be partly attributable to THCP or other extremely potent cannabinoids that haven’t yet been profiled. Deepening our knowledge of the pharmacological effects of THCP may help us better evaluate the effects of cannabis extracts on people.

Another fascinating implication the study suggests is the need to cultivate breeds of cannabis that are not THC- or CBD-dominant. Genetics research into cannabis has progressed in leaps and bounds in recent years, and strains that produce higher quantities of minor cannabinoids such as CBDV, CBG, and THCV are gradually becoming more available.

Sometime soon, cannabis varieties rich in other minor cannabinoids, such as THCP, may follow suit. Cultivating strains rich in these minor cannabinoids facilitates the production of the extract of those compounds, allowing consumers to enjoy the benefits of each compound’s specific pharmacological profile.

Overall, the study’s authors assert that carrying out a comprehensive chemical profiling of cannabis is vital. Identification of minor cannabinoids and presently unknown cannabinoids may offer therapeutic riches that have the potential to transform medicine further. Or not. But it’s worth finding out.

Emma Stone is a journalist based in New Zealand specializing in cannabis, health, and well-being. She has a Ph.D. in sociology and has worked as a researcher and lecturer, but loves being a writer most of all. She would happily spend her days writing, reading, wandering outdoors, eating and swimming.