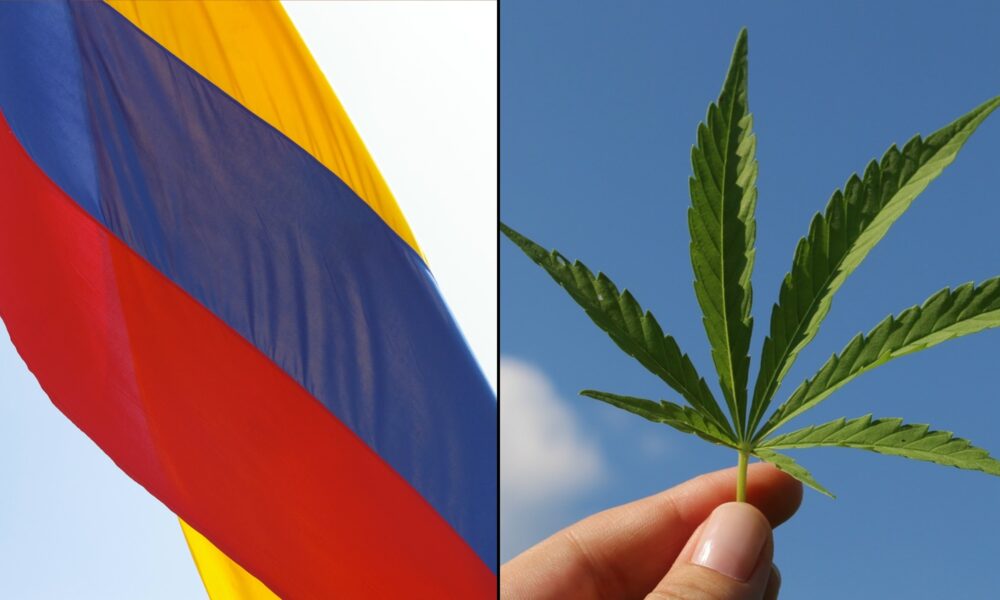 The Colombian Senate has overwhelmingly approved a bill to legalize marijuana nationwide, though there are still more legislative steps that need to be taken before it’s potentially enacted into law.

The bill, which has also already received initial approval in the country’s Chamber of Representatives, was approved on the Senate floor during the fourth round of debate on Tuesday in a 56-3 vote.

Lawmakers have met several times in recent weeks to debate the reform proposal, which would amend the country’s Constitution to end cannabis prohibition for adults.

This action took place about two weeks after the legalization bill passed the First Committee of the Senate.

At a public hearing in the Senate panel last month, Justice Minister Néstor Osuna said that Colombia has been the victim of “a failed war that was designed 50 years ago and, due to absurd prohibitionism, has brought us a lot of blood, armed conflict, mafias and crime.”

The proposed constitutional amendment, sponsored by Rep. Juan Carlos Losada, contemplates the public health and economic impacts of legalization, as well as the ideological principle of individual autonomy. If enacted, officials would have six months to promulgate rules for the adult-use market.

A supplementary legislative analysis provides background on the history of cannabis policy in Colombia, while also describing reform developments in other countries such as Mexico and the United States.

The legalization bill would support “the right of the free development of the personality, allowing citizens to decide on the consumption of cannabis in a regulated legal framework,” it says. And it would mitigate “arbitrary discriminatory or unequal treatment in front of the population that consumes.”

The bill will restrict possession and public consumption at schools and certain public spaces. It also calls for public education campaigns and the promotion of substance misuse treatment services.

The Colombian Chamber of Representatives gave initial approval to a legalization bill in October. In addition to Osuna, the head of the Interior Ministry also spoke in favor of the reform proposal at the time. That vote came shortly after a congressional committee advanced this measure and a separate legalization bill.

As a proposed constitutional amendment, the legislation needs to undergo eight debates in total, separated over two separate calendar years.

As lawmakers move to approve the reform bill, Osuna said that government agencies will be working to facilitate a “faster, less difficult” licensure process.

President Gustavo Petro, a progressive who has been strongly advocating for an international end to drug criminalization since being inaugurated in August, has discussed the possible benefits of cannabis legalization.

In September, the president delivered a speech at a meeting of the United Nations (UN), urging member nations to fundamentally change their approaches to drug policy and disband with prohibition.

Petro also recently talked about the prospects of legalizing marijuana in Colombia  as one means of reducing the influence of the illicit market. And he signaled that the policy change should be followed by releasing people who are currently in prison over cannabis.

He spoke about the economic potential of a legal cannabis industry, one where small towns in places like the Andes, Corinto and Miranda could stand to benefit from legal marijuana cultivation, possibly without any licensing requirements.

The president also signaled that he’d be interested in exploring the idea of ​​exporting cannabis to other countries where the plant is legal.

U.S. Rep. Jim McGovern (D-MA), who chairs the House Rules Committee, cheered the official swearing in of Petro , saying that he looks forward to “working together to…rethink drug policy, and much more.”

President Joe Biden, on the other hand, seems intent on perpetuating the drug war in Colombia, with U.S. military support. He released a memorandum to the defense secretary in August that authorizes the “interdiction of aircraft reasonably suspected to be primarily engaged in illicit drug trafficking in that country’s airspace.”

He said that it’s “necessary because of the extraordinary threat posed by illicit drug trafficking to the national security of that country” and because “Colombia has appropriate procedures in place to protect against innocent loss of life in the air and on the ground in connection with such interdiction, which includes effective means to identify and warn an aircraft before the use of force is directed against the aircraft.”

Petro also met with the president of Mexico last month, and the pair announced that they will be bringing together other Latin American leaders for an international conference focused on on “redesigning and rethinking drug policy” given the “failure” of prohibition. Mexican lawmakers are also pursuing national legalization.

U.S. Secretary of State Antony Blinken said in a joint appearance with Petro in October that the U.S. generally backs his “holistic approach” to drugs. The Colombian president, for his part, said that countries need to “view the war on drugs differently.”

As a former member of Colombia’s M-19 guerrilla group, Petro has seen the violent conflict between guerrilla fighters, narcoparamilitary groups and drug cartels that has been exacerbated by the government’s aggressive approach to drug enforcement.

According to the United Nations Office of Drug Control Policy (ONDCP), Colombia remains a chief exporter of cocaine,  despite  “drug supply reduction activities in Colombia, such as eradication of coca bush and destruction of laboratories.”

In 2020, Colombian legislators introduced a bill that would have regulated coca, the plant that is processed to produce cocaine, in an acknowledgment that the government’s decades-long fight against the drug and its procedures have consistently failed. That legislation cleared a committee, but it was ultimately shelved by the overall conservative legislature.

Advocates are optimistic that such a proposal could advance under the Petro administration. The president hasn’t taken a clear stance on the legislation itself, but he campaigned on legalizing marijuana and promoted the idea of ​​cannabis as an alternative to cocaine.

Former Colombia President Juan Manuel Santos has also been critical of the drug war and embraced reform. In an editorial published before he left office, he criticized the United Nations and U.S. President Richard Nixon for their role in setting a drug war standard that has proven ineffective at best and counterproductive at worst.

“It is time we talk about responsible government regulation, look for ways to cut off the drug mafias’ air supply, and tackle the problems of drug use with greater resources for prevention, care and harm reduction with regard to public health and the social fabric,” he said.

“This reflection must be global in scope in order to be effective,” Santos, who is a member of the pro-reform Global Commission on Drug Policy, said. “It must also be broad, including participation not only of governments but also of academia and civil society. It must reach beyond law enforcement and judicial authorities and involve experts in public health, economists and educators, among other disciplines.”

Meanwhile, a U.S. congressional delegation returned from a visit to Colombia in October, and Rep. Earl Blumenauer (D-OR), who was part of the trip, told Marijuana Moment that one theme of his discussions with officials in the country was that the world has “lost the war on drugs.”