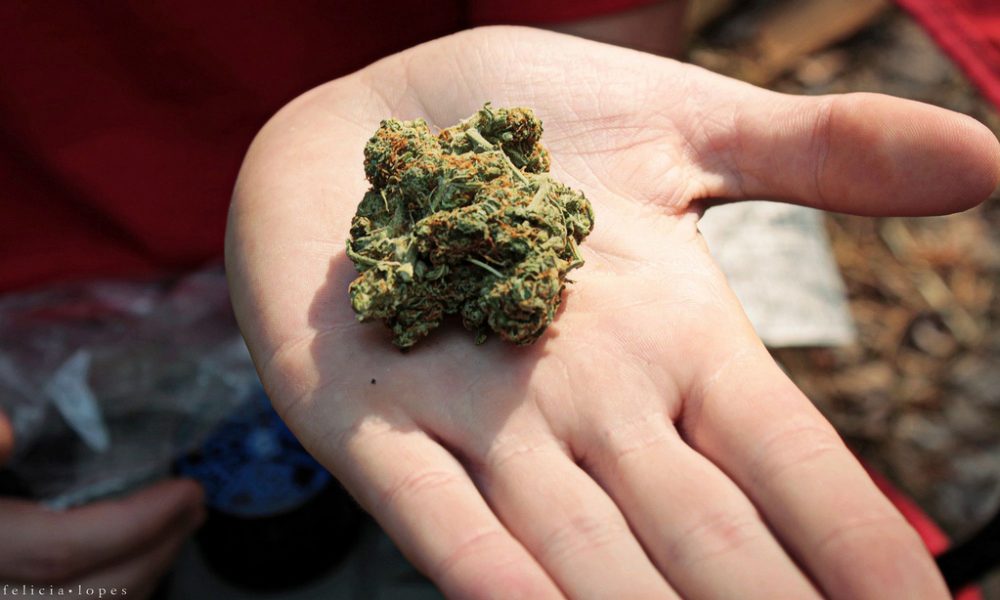 The governor of Mississippi is hinting he might veto a medical marijuana bill that lawmakers have been negotiating unless they sharply reduce the amount of cannabis it would allow patients to purchase.

Gov. Tate Reeves (R) said in a Facebook post on Tuesday that he feels that 3.5 grams per day per patient is too much, and the legislature should “simply cut that amount in half to start the program” and reassess after several years if more is needed.

The governor’s demand is the latest headache for legislators as they try to enact a medical cannabis program in line with what voters approved in 2020 before the state’s highest court’s invalidated the initiative for procedural reasons.

“In many ways, the work done on the original draft of the Legislature’s bill helped address some of these issues,” Reeves said. “There is one remaining point in question that is VERY important: how much marijuana any one individual can get in any given day.”

Lawmakers have made several concessions to the governor as they’ve continued negotiations on legislation to replace the voter-approved ballot measure, and advocates hoped everything would be resolved in time for Reeves to convene a special session to pass it this year, as he suggested he’d do. But as the goal post continued to be pushed back, it became clear that legislators would need to tackle the reform in the 2022 session.

The governor said on Tuesday that the bill that lawmakers have produced so far provides “virtually unlimited access to marijuana once you qualify.” He then did some math to estimate how many standard unit joints could be lawfully dispensed each year in Mississippi if 300,000 patients maxed out their daily 3.5 gram limit.

“Call me crazy, but I just think that’s too broad of a starting point,” the governor, who has repeatedly gone back to the legislature with requests for revisions as they’ve worked to finalize the bill throughout the year, wrote.

“If it is determined in the future that more pot is needed in Mississippi, that could always be increased in future legislative sessions,” he said. “Why not start carefully? I believe that is a reasonable approach.”

House and Senate leaders announced in September that they had come to an agreement on the reform, yet the governor came back with several objections, forcing legislators to go back and make some compromises. Even after they did that, Reeves held firm on what leadership says are “unreasonable demands.”

“If you disagree, I respect your opinion. We can sit down five years from now and take a thorough review of the actual outcomes. But—as the dad of three daughters that I love dearly—I cannot put my name on a bill that puts that much marijuana on the streets of Mississippi,” he said in the new Facebook post. “I hope that legislative leaders will see fit to consider reducing the tremendous amount of weed they seek to make legally accessible so that I can sign their bill and we can put this issue to rest.”

It remains to be seen whether leaders will be willing to make the additional change on purchase limits or push ahead with their current plan and risk a gubernatorial veto.

Reeves has consistently talked about his concerns with the marijuana purchase limit, including during a briefing last week.

There are plenty of reasons for urgency on getting this reform enacted. Beyond the obvious that patients are sick and may benefit from cannabis, there’s the fact that legislators worked on the reform because the state Supreme Court shot down the medical marijuana legalization ballot initiative that voters overwhelmingly passed last year on a constitutional technicality.

Lawmakers also said that giving them the chance to pass legalization during a special session before the end of the year would have helped them address large issues like appropriating coronavirus funds when the legislature comes back into session next month.

One additional complication that legislators have faced is that Agriculture and Commerce Commissioner Andy Gipson strongly insisted that his department not be responsible for licensing marijuana businesses. He sent letters to lawmakers and the state attorney general to express his opposition to regulating the program.

Legislators responded by placing that responsibility with the Health Department.

A earlier draft version of the legislature’s marijuana bill sought to build upon the measure that voters approved last year by adding hepatitis, Alzheimer’s disease, spastic quadriplegia and chronic pain as qualifying conditions.

After receiving an initial recommendation for medical cannabis from a licensed practitioner, patients would have to go back to their physician for a reevaluation six months later.

There would be a weight-based excise tax imposed on cannabis sales—$15 per ounce of flower or trim—as well as the state’s general sales tax.

No home cultivation option would be permitted under the measure. Smoking cannabis would be allowed, but not in public spaces.

A poll released in June found that a majority of Mississippi voters support legalizing marijuana for both medical and recreational use, with 63 percent saying they want the legislature to pass a bill that mirrors the ballot measure that was nullified by the court.

A Senate committee held a series of hearings to take testimony on what a medical cannabis legalization bill could look like should lawmakers decide to pass the reform legislatively.

The governor said earlier this summer that “I support the will of the voters,” and “I think we will have a medical marijuana program in Mississippi.” He said it’s “imperative that we get it done, and get it done quickly.”